The Laurens County Development Corporation made a couple of major moves at its July 20 board meeting, and one of them will be to downtown Laurens.

The LCDC Board of Trustees approved a plan for the LCDC to move its offices from a location it shares with the Laurens County Chamber of Commerce on Professional Park road near Laurens County Hospital to the Midtown Building on the Laurens Historic Square. 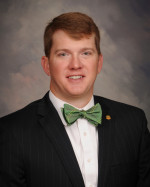 The board also approved the purchase of the 165-acre Powers South industrial site in Gray Court near ZF Transmissions.

The LCDC is expected to move its daily operations to the recently renovated Midtown Building beginning Jan. 1, 2022, taking over offices located upstairs. The Roost Coffee Shop recently moved into the ground floor of the building.

“Quality of life has become such a big thing that companies look at, and having our office located in the downtown environment and having someone come here first thing, we know they will see some activity and what Laurens has to offer,” said LCDC President and CEO Jonathan Coleman.

The move will also allow the LCDC to complete a portion of its strategic plan by purchasing the office space currently occupied by the its staff, which it can then either lease or loan out to arriving companies.

“One thing is the development of a Launchpad and landing pad space in the county for new industry,” Coleman said. “If we have a company come to Laurens that has to have office space, then we can throw that in as an incentive or they can lease it from us. It just gives us another arrow in the quiver for recruitment.”

The LCDC purchased Powers South for $3.2 million, which will be financed by its previous owner, a private citizen, over the next eight years.

Coleman said the money to purchase the site will come from the reinvestment fund, so the site will potentially pay for itself over the term of the finance agreement.

Owning the property will also give the LCDC the opportunity apply for federal and grand funds for improvements and development, he said.

“There’s already been a lof investment made by Duke Energy and Laurens County Water and Sewer to get it ready for industry,” Coleman said, noting that the LCDC had long held purchase options on the property. “But with a new residential boom in and no zoning in the county, it was best for us to buy it now.”

He said he also believes the property could offer a large financial opportunity for the county.

“It’s on a heavy industrial rail site, so we feel we can get somebody in there who will be a $100 million investor in Laurens County,” Coleman said.