SPARTANBURG, SC (07/20/2021)– Jennifer Lee of Clinton, S.C., was one of 23 students from around the world who received the doctor of chiropractic degree from Sherman College of Chiropractic in Spartanburg, S.C., at the 140th Commencement Program on Saturday, June 12, 2021.

The doctor of chiropractic program at Sherman College requires students to complete approximately 4,600 hours (14 quarters) of classroom and laboratory study and also includes an internship in the college’s on-campus Chiropractic Health Center. The commencement address for the June 2021 class was given by Sherman College Instructor of Basic and Clinical Sciences Cynthia Treharne, P.A.-C, D.C.

CHARLESTON, SC (07/15/2021)– More than 560 members of the South Carolina Corps of Cadets accepted diplomas during The Citadel’s commencement ceremonies on Saturday, May 8 in McAlister Field House. In addition to graduating, about 27% of the class accepted commissions as U.S. military officers in all branches of service.

As once of his last official acts, the outgoing Commandant of Cadets, CAPT. Eugene Paluso, USN (Ret.), ’89, served as the 2021 commencement speaker for both morning and afternoon ceremonies.

CONWAY, SC (07/01/2021)– Coastal Carolina University recognized nearly 1,200 students during its in-person Spring 2021 commencement ceremonies, held Friday, May 7, and Saturday, May 8, in Brooks Stadium. Among the graduates were:

Holtzclaw was among the Class of 2021 graduates who chose to participate in an in-person ceremony at Red Hat Amphitheater in downtown Raleigh. The recording of the ceremony’s Livestream can be found at this link.

Among the Class of 2021, who collectively received more than $1.1 million in scholarship funds, are local graduates from Laurens County including:

ATLANTA, GA (06/07/2021)– Jiajia Xie of Clinton, SC, has earned a Master of Science in Computational Science and Engineering from the Georgia Institute of Technology in Atlanta.

Xie was among approximately 4,435 undergraduate and graduate students who earned their degrees during the Spring 2021 semester and were recognized during the Institute’s 260th Commencement exercises May 7-8, 2021, at Bobby Dodd Stadium.

Tigerville, SC (June 2, 2021) Seated six feet apart across a football field, yet bound together like no other class in decades, North Greenville University’s (NGU) 2021 graduates celebrated their degrees on a beautiful foothills evening Friday, April 30.

The Honors Program offers a challenge to superior students to continue their intellectual growth. Graduation as an Honors Scholar requires completing honors courses, honors seminars, and the senior honors project with a 3.5 GPA.

The following local students are members of NGU’s Class of 2021:

In an encouraging sign of a slow and gradual return back to normal, Piedmont Technical College (PTC) on May 6 conducted two in-person graduation ceremonies. Nearly 140 spring term graduates made their time-honored walk across the stage and shifted their tassels from right to left at the Medford Family Event Center in Greenwood. That evening, in a separate ceremony, about 50 graduates from the entire 2020 academic year who wished to participate in person did the same. They already had officially graduated via virtual ceremonies last year.

Both ceremonies were shared live via the college’s Facebook page and YouTube channels. A recording can be viewed at www.ptc.edu/live.

Piedmont Technical College’s May 2021 Graduates and their areas of study are listed below.

The College of Charleston Spring 2021 graduates

Carter Vincent of Laurens, SC, (29360) graduated with a Bachelor of Science in Business Administration from the College of Charleston.

Noble Clark of Laurens, SC, (29360) graduated with a Bachelor of Arts in Urban Studies from the College of Charleston.

Braden Brewington of Laurens, SC, (29360) graduated with a Bachelor of Arts in Arts Management and a Bachelor of Science in Marketing from the College of Charleston.

Gardner-Webb Spring 2021 Graduates and Winners of Academic or Service Awards
BOILING SPRINGS, N.C.— Gardner-Webb University officials are pleased to announce the list of students from the Upstate South Carolina area who graduated or received academic or service awards for the 2021 Spring Semester.

Local graduates are listed below:

The University of Alabama Spring 2021 graduate

TUSCALOOSA, AL (05/26/2021)– Callie Thackston of Fountain Inn, SC (29644), has received the following degree from The University of Alabama: Bachelor of Arts.

GREENWOOD, S.C.— Lander University conferred bachelor and master degrees upon 363 students during the University’s 163rd commencement ceremony on May 11, 2021.

Graduates receiving honors for their academic achievements are noted with the award received. Descriptions of those awards are below.

Among the graduates were the following local students:

SPARTANBURG, SC (05/26/2021)– Wofford College conferred 364 degrees on 350 graduates during the 2021 Commencement exercises on Sunday, May 16. Area students receiving degrees are:

Sandra Lopez received a bachelor of arts degree majoring in finance with a minor in business. Lopez is from Enoree.

Carmen Jade McGee received a bachelor of arts degree majoring in accounting and finance. McGee is from Waterloo.

HARTSVILLE, SC ─ Brandon Campbell and Stephen Orr graduated from the South Carolina Governor’s School for Science + Mathematics (GSSM) on Saturday, May 22, 2021, at the GSSM Campus.

ADELPHI, MD (05/20/2021)– Bryant Cox of Fountain Inn earned a Bachelor of Science in Business Administration from University of Maryland Global Campus (UMGC). The university held a virtual stateside commencement on May 15 for more than 5,500 graduates of the Class of 2021. Worldwide, more than 13,000 students from all 50 states and the District of Columbia, as well as 32 countries and territories, earned UMGC degrees during the 2020-21 academic year. UMGC also conducts graduation ceremonies in Europe and Asia for military servicemembers and their families serving overseas.

SPARTANBURG, SC (05/13/2021)– On May 8, 2021 Spartanburg Methodist College (SMC) celebrated the graduation of the 2021 class. The ceremony was held at Spartanburg High School’s football stadium. Included in the graduating class was the first ever bachelor’s degree graduates from SMC.

Among those graduating were Bailey Houston Goode of Laurens, Justin Tanner Smith of Laurens and Noah Ellis Moore of Enoree.

Fortman graduates from University of the Cumberlands

WILLIAMSBURG, KY (05/11/2021)– University of the Cumberlands wishes to congratulate Thomas Fortman of Clinton, SC (29325), on completing his Education Specialist in Supervisor of Instruction this spring.

Gabrielle Neal, a resident of Fountain Inn, Neal graduated with a BS in Educational Studies.

David Woods, a resident of Fountain Inn, Woods graduated with a BFA in Interior Architecture and Design. 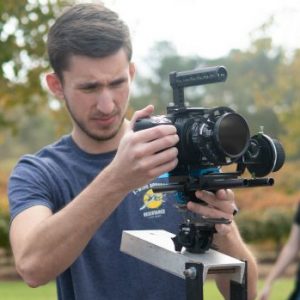 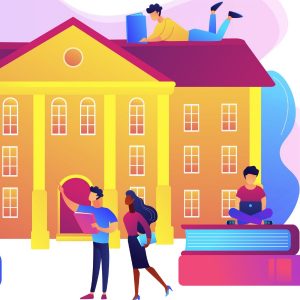 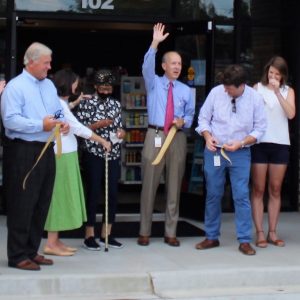