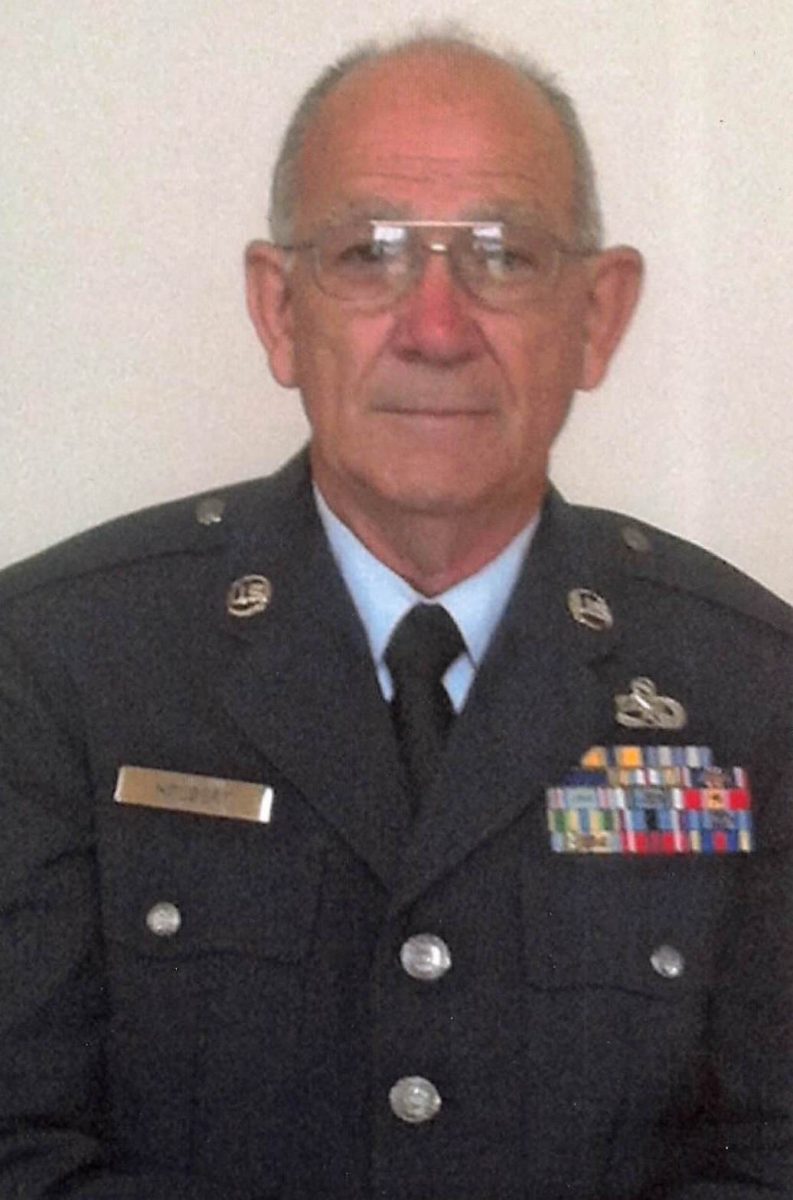 Master Sargent James Winfred Holbert, age 71, of 104 Spring Road of Laurens, SC, closed his eyes for the last time on this earth to open them in the presence of his Lord and Savior in his eternal home. He finished his race and heard the Lord say “well done” on Sunday, July 4, 2021. It was very fitting that James went home on Independence Day as he was the most patriotic man you would probably ever meet. He was originally from Pickens, SC and spent most of his early life in Miracle Hill Children’s Home as well as did his siblings.

At the age of thirteen, James went to work and realized that he wanted to serve in the military at an early age. He was turned down by all branches of the armed forces because he had been injured in an accident and had metal pins in his legs. He was told by an Air Force recruiter that if he had the pins removed, he would enlist him. James had the operation and true to his word, the recruiter allowed James’s dream to come true. He served our country for 36 years and 11 days in many capacities. He won numerous medals, honors and accreditations and wore his uniform proudly. James chose to serve because he wanted a better life for his family as do many others who have and do serve the country that they love.

James touched many lives in and out of the service. He loved going on mission trips and helping others. He would help a stranger in a heartbeat and if he could meet a need for them, he would. James’s most favorite past-time was going to Lowe’s Home Improvement, his favorite store. He also loved Chinese food and going to Henry’s Auction in Joanna, SC. James was somewhat of an entrepreneur and his last project was Belladina’s, a restaurant in Greenville, SC. His heart was truly in this project until he became so sick. He would love to have seen it through, but it was not to be. He will be missed by those guys as well as his friends at Lowe’s. James was a member of Welcome Baptist Church and loved to sing.

James was predeceased in death by: his parents, James and Rosie Melviney Ramey of Pickens, SC and brothers, Quenton Holbert and Lee Roy Holbert of Liberty, SC.

Left to mourn, love and miss his humor and smile are: his wife, Kathy Howard-Holbert of the home and formerly of Travelers Rest, SC; sons, Matthew Holbert, who was James’s youngest and Jeffrey Holbert both of Boiling Springs, SC. He loved both of his sons and enjoyed visiting with them when they came. James was their project supplier for their projects because he always had lumber. He also leaves behind a daughter, Christy Higgins (Kenny) of Landrum, SC, who was his baby girl and always will be. Christy and he spent allot of time together. Grandchildren are: Jenna Higgins and Jordan Higgins of Landrum and Josh Higgins (Kelsey) of Woodruff, SC.; and great-grandchildren, Rylan Higgins of Woodruff and Westlyn Higgins-Livesay of Landrum. James truly loved playing and spending time with all of them and watching them with the donkeys.

Surviving also is sister, Norma Carr Jones (Donald) of Liberty. James and Donald truly enjoyed each other’s company. He, Norma and Donald would talk on the phone often as he did with sister, Malinda Lightner (Troy). The sisters always looked forward to James visiting them at the orphanage because he would bring candy for them. He loved them dearly and that never changed.

Besides his wife Kathy, are his second family: Tommy and Sonya Howard – He and Tommy had a very special bond. James loved his time camping at the lake where Tommy and Sonya along with sister and  brother-in-law, Teresa and Dean Bryant. James loved Teresa’s potato salad and she spoiled him. Dean always helped James fish, along with nephew, Chris Bryant, who loved to carry James fishing. Whether it be lake,  beach or family get-togethers, he loved all of us as we did him. Also, Elaine and Tony Lipscomb with whom he loved to talk and if you knew James, he loved to talk – allot! Elaine was his go-to for medical questions.

Also, grandchildren: Joshua Howard of Landrum and Taylor Reeves (James) of Landrum. He admired Joshua and James for their business opportunities and loved to spend time with them. Taylor truly loved Papa James as he did her. Samantha Hernandez (Junior) and Savannah Hammett (Avery) of Greer, SC. James loved to hear Junior play the piano and Samantha and Savannah sing. He loved to spend time talking about building with Junior and Avery. The sunshine of his day was his niece, Casey Bryant, with whom he shared a very special bond and always made him smile. Great-grandchildren: Sofia and Elyana Hernandez – James never  commented much on babies, but he actually said that they “were really pretty”. He was looking forward to the new member of the family from Taylor and James and liked the name, Ellie Mae Ann Reeves. Also, Jaiden Howard, who gave Papa James an engraved hammer that said, “Papa James, I love building memories with you”. James spent allot of time with Jaiden whether it was at the lake, beach or just visits and get-togethers. James was teaching Jaiden to play chess and he taught him how to plant tomatoes and watermelons. He loved to watch Jaiden ride Thunder, the donkey, and to just sit and talk about so many things.

James will be greatly missed by so many, especially Gene Thompson, his constant companion to drive him or to do whatever James needed. Also, by Tim West, who also spent as much time with James as possible. There are so many others that would take such a long time to write down. Our neighbors and so many friends will have a void in their lives.

When asked “How are you?”, James always said, “I am blessed”! His favorite saying was, “make promises sparingly so you can keep them faithfully”.

To sum up James Holbert: “He was one of a kind, who love his God, his family, his country and his friends”. He will be greatly missed!

We love you, James Holbert!