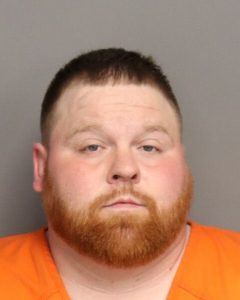 An apparent suicide in Cross Hill has led to the arrest Friday of two people who were operating what the Laurens County Sheriff’s Office termed as a “makeshift transitional home for vulnerable adults” out of a single-wide mobile home.

Deputies from the LCSO responded to a residence on Billy Leopard Road in Cross Hill where they found the apparent suicide victim in the front yard.

According to Laurens County Chief Deputy Coroner Patti Canupp, a 61-year-old male is believed to have hanged himself from a tree in the yard. An autopsy is pending.

Eric Lee Belcher and Dana Nataye James, both of Inman and listed as owners of the residence, were arrested and charged with six counts of knowing and willful neglect of a vulnerable adult. They were booked into the Johnson Detention Center and have since been released on bond.

According to the LCSO, seven individuals were residing in the facility, which was listed as “We are Here For You, LLC.”

An internet search revealed no public records or presence of the limited liability corporation. 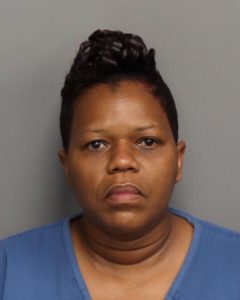 “This residence was functioning as a ‘business.’ I am concerned about the care and supervision these vulnerable individuals received while residing here,” said Sheriff Don Reynolds. “We are monitoring this situation closely and working with DHEC and the Department of Mental Health.”

The LCSO reported that the facility was without proper licensing and necessary medical necessities for the consumers living there. The home was without adequate sleeping space and supervision for them.

The LCSO report also said the mobile home was not compliant with building code requirements.

Investigators are still seeking information on the business and its operators. Anyone with information, is asked to contact LCSO Investigator Cook at 864-984-4967 or report anonymously to CrimeStoppers at 864-68-CRIME.