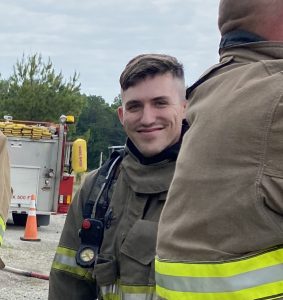 A 2020 area high school graduate and member of the Clinton Fire Department was killed Friday in a hit-and-run incident on Highway 76 outside of Clinton.

Nathaniel Hunter Sipes, 20, of Laurens died Sunday at Prisma Greenville Memorial Hospital of injuries he suffered in the wreck.

According to Trooper Brandon Bolt of the South Carolina Highway Patrol, Sipes was piloting his 2004 Harley-Davidson motorcycle westbound on Highway 76 when a Kia sedan driven by Robert Curry Richardson, 56, pulled out in front of him from a private driveway near Randall Drive.

Richardson was located and arrested a short time after the crash. 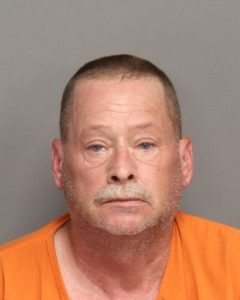 Russell said Sipes aspired to work as a full-time firefighter with the Clinton department.

“Hunter was only a member of the department for 6 months, but he left an amazing mark on us, and we are going to miss his smile and his enthusiasm for the fire service,” Russell wrote. “Hunter was well on his way to a full-time career with Clinton Fire, and as a part-time firefighter, Hunter successfully completed the 1152 class, and he was looking forward to working shifts and additional training.”

Laurens Academy Headmaster Todd Kirk remembered Sipes, a former LA student before transferring from the high school, as a “wonderful young man and a wonderful spirit.”

A GoFundMe in the name of “In Memory of Hunter Sipes” has been set up by Hunter’s friend to help the family with medical expenses. The link is  https://www.gofundme.com/f/hunter-sipes-medical-and-funeral-expenses.

Funeral arrangements for Sipes have yet to be announced.