The Laurens County Council is one step closer to approving its budget for the upcoming 2021-22 fiscal year.

Approval of third and final reading of the county’s budget ordinances is expected to be approved at council’s June 23 regular meeting. On Tuesday night (June 8) council was to host public hearings on both the general fund budget of about $25.7 million and the fire services budget of $3.3 million.

While both the general fund and fire services budgets are increasing, County Council Chairman Brown Patterson said there will be no tax increases for county residents. 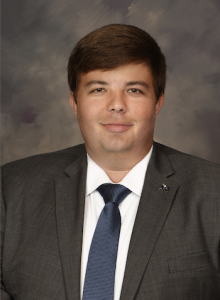 Patterson said growth in revenue is offsetting the budget increases.

“FILOT (fee in lieu of taxes) increases are a big part of that puzzle,” Patterson said.

FILOT revenues are paid by county industries by legal agreement with the county instead of taxes. Recently, council voted to restructure FILOT agreements to allow the money earned from them to be used as needed within the county budget, and that has helped cover some expenditures.

The passage of the Capital Project Sales Tax (CPST) referendum in November allowed the county to concentrate some funds on employee salaries and other needed capital projects beyond the 16 addressed by the CPST, Patterson said.

Getting employee salaries up in order to be more competitive with surrounding Upstate counties was a priority in this year’s budget process, according to Patterson.

“Council has earmarked $1.5 million toward salary increases,” he said, noting a study to determine exactly how the increases are to be doled out. “We’re still adjusting internally, but we have a good feel of the big number so we were able to go ahead and put those funds in the budget.”

Council also had to wrestle with the rising costs of health insurance for full-time employees as it considered the FY 2021-22 budget.

Patterson said the balanced budget starts with those same county employees who are used to running a lean operation.

“I credit it greatly to our employees who continue to be very frugal with taxpayer funds,” he said. “That allows us to run a tight budget. I also credit it to preventative maintenance really taking hold over the past several years – being proactive instead of reactive. That’s helped tremendously.”

In actions Tuesday night, council was expected to approve third and final reading a pair of FILOT agreements – one for the impending arrival of Gnotec, an automotive component manufacturer that will expand to Fountain Inn in the former Continental Automotive facility, and final approval of “Project BGL,” which has yet to be announced.

Council members were also expected to consider additional funds needed for the construction of a sidewalk in Joanna. The project, which is to be completed by Reid Construction, will require an additional $1,395 beyond the $17,000 already approved and $800 for survey work. The Department of Public Works requested an additional $1,500 for the project.