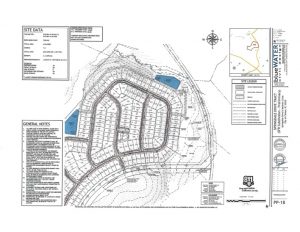 Clinton, S.C. – Clinton City Council saw plans from three developers earlier this month during the regular May meeting, and while council still did not take a vote on which developer could purchase a tract on Highway 72, council members gave initial approval on rezoning property not far from Eastside School from industrial to high density residential.

The action opens the way for a developer working with D.R. Horton Builders to construct at least 256 homes on 80 acres.

The rezoning request was for the purpose of rezoning land that for many years was planned for industrial prospects.

“It wasn’t very far from the elementary school, and many companies don’t want to be located near a school,” he said. “After Clinton High School was built, its proximity between CHS, Clinton Middle and Eastside Elementary made it an ideal tract for residential development.”

Council agreed to rezone approximately 200 acres, but the developer working with D.R. Horton is only interested in about 80 acres, Moss said.

Plans call for a neighborhood swimming pool and other amenities.

With council’s first reading on the rezoning and first reading in changes to cul-de-sac regulations Monday night, Moss expects the contract to soon go through at $5,000 an acre. The funds then go to the City of Clinton once the CEDC completes the sale.

“This company has already had 180 days of due diligence,” Moss said. “They have done their geo-technical work, laying out plans and they are ready to move forward.”