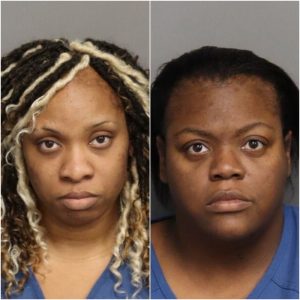 Two women employed by Whitten Center at the time have been arrested and charged with neglect of a vulnerable adult at the center connected with an incident in November of last year.

According to the State Law Enforcement Division (SLED), investigators arrested Marquita Antoinetta Mcgowan, 35, of Clinton and Jasmine Lariane Tomika Carter, 25, of Cross Hill for allegedly strapping a Whitten Center client to a toilet for eight hours. According to incident reports released by SLED, the Whitten Center, care protocols for the resident did not include restraints.

According to the reports, Mcgowan allegedly strapped the Whitten Center resident to the toilet. About four hours later, Carter entered the bathroom but did not remove the resident from the toilet until 6:21 a.m., the reports said.

Mcgowan and Carter were booked Wednesday into the Johnson Detention Center.

Whitten Center authorities  requested the investigation by SLED that led to the arrests. The case is to be prosecuted by the 8th Circuit Solicitor’s Office.

Whitten Center, a residential facility for the  mentally and physically challenged, also came under scrutiny around a year ago after a COVID-19 outbreak and a lack of proper precautions taken by the administration against the spread of the pandemic.