As the store was evacuated, customers with pickup orders began received calls telling them to refrain from coming to the store until told otherwise.

The Laurens Police responded to the scene around 7 a.m. and called in the State Law Enforcement Division bomb squad.

“We thought it could be something dangerous, so we evacuated the store, and got everybody to the back of the parking lot,” Lattimore said.

Lattimore said the bomb squad determined that the item could not detonate and presented no danger. The store was reopened before 10:30 a.m.

“We’re still investigating where the package came from and what was the purpose of it being there,” Lattimore said.

She said the package contained nothing “illegal in and of itself,” but would not identify what it was.

LPD investigators are going through the store’s security footage in an attempt to identify who left the package at the store.

“I think they either left it there accidentally or for someone else to pick up,” Lattimore said. 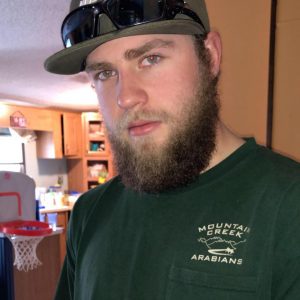 A single-vehicle crash on Highway 39 in Cross Hill early Saturday morning claimed the life of a 22-year-old Saluda man.

The Laurens County Coroner’s Office identified the victim as Dakota James McKinney, who was entrapped in the vehicle and had to be extricated with the Jaws of Life. An autopsy confirmed McKinney’s identity and the cause of death as blunt-force trauma.

South Carolina Highway Patrol Trooper Joe Hovis said the McKinney, who was driving a 2011 Kia, was traveling southbound on Highway 39 and ran off the right side of the road, overcorrected and then drove off the left side of the road, striking several trees.

According to McKinney’s Facebook page, McKinney lived in Saluda and was originally from Honea Path. He was a graduate of Belton-Honea Path High School.