A motorcyclist who was airlifted to Augusta Burn Center after being involved in an incident during a traffic stop with Laurens County Sheriff’s Office deputies in Hickory Tavern has died, according to the Laurens County Coroner’s Office.

According to the LCSO, a motorcycle believed to have eluded LCSO deputies in an earlier attempted traffic stop was noticed by deputies when the motocycle arrived at Neely Ferry Road and Wassin Gin Road.

The case is still under investigation and an autopsy is being performed, Canupp said in a release.

According to the LCSO, Miller was burned badly before deputies could extinguish the flames and a female passenger suffered burns on her foot.

Neither the driver of the motorcycle nor the passenger have yet to be identified by the LCSO and no charges have been reported. 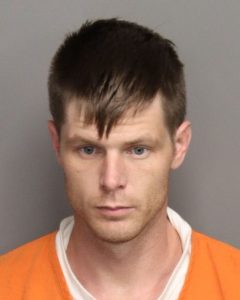 A Cross Hill man was arrested Friday in connection with a series f break-ins and thefts in the Cross Hill area on April 19.

Brian Shane Smith, 32, was charged with the Laurens County Sheriff’s Office with four counts of burglary, petit larceny and breaking into a motor vehicle.

According to the LCSO, Smith is charged with breaking into campers being used as residences on Watts Bridge