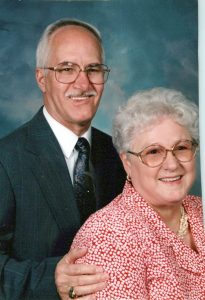 He was born March 23, 1935 in Clinton, SC and was a son of the late Edgar and Ola Belle Gambrell Heaton. He retired from the Clinton Mills after 49 years of service and was a supervisor in the Spinning Department. He was also a former employee of the Newberry Walmart and was a member of the First Pentecostal Holiness Church.

In addition to his parents, he was predeceased by his son, Walter Allen “Wally” Heaton; and his brother, William Early Heaton; and his sisters, Mildred Polson, Clara Foster, Cheryl Allen, and Evelyn Bradford.

Funeral Services will be held Sunday, April 25, 2021 at 3:30 PM at the First Pentecostal Holiness Church with interment to take place at Pinelawn Memory Gardens Mausoleum. The family will receive friends prior to the service from 2:30 to 3:30 PM at the church.