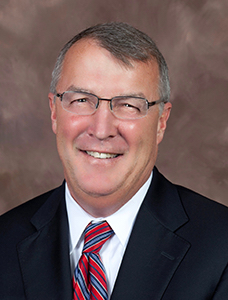 Self Regional Healthcare President and CEO Jim Pfeiffer will retire before the end of the year, according to an announcement from the Greenwood-based hospital system this past week.

According to the announcement from Self Regional Board Chair David A. Tompkins, Pfeiffer’s retirement will be effective Dec. 21, 2021.

“Since 2008, under Mr. Pfeiffer’s leadership, Self Regional has experienced enormous growth and change,” said Tompkins. “Jim’s steady leadership will be sorely missed, but he has served this organization and this community well, he’s had a long and distinguished career and we wish him only the best as he enters this new chapter of his life. We’ve known for some time that Jim intended to retire this year, and with this formal announcement we’ll officially kick off our search process for the next President and CEO.”

According to the release from Self, Pfeiffer’s tenure with the health care system has been notable as a period of tremendous growth that transformed Self Memorial Hospital from a small community medical center into the regional healthcare system.

The Self Regional Network now includes more than 100 physicians providing primary and specialty care to Self’s seven-county service area, which includes the Self Medical Center and adjacent Urgent Care facility in Laurens. The 28,000-square-foot Laurens facility opened in January of 2013.

“It has been a tremendous 13 years leading this fine organization, years filled with significant accomplishments and some challenges along the way,” said Pfeiffer. “What I’ve valued most has been the opportunity to work along-side some of the most dedicated Healthcare professionals that any organization can have. I will truly miss these Healthcare heroes and the friendship that I have developed with my fellow Administrative Team over these years.”

Prior to joining Self Regional in 2008, Pfeiffer served with Morton Plant Mease Healthcare, a four-hospital system of 1,261 beds located in Tampa, Florida, as executive vice president and chief operating officer from 2005 to 2008, and as president and chief executive officer of Mease Healthcare from 2000-2005. He helped lead that hospital system to numerous awards, including the prestigious Top 100 Hospitals Overall. Morton Plant Mease also became the first hospital in Florida to earn Magnet status for nursing under his leadership.

Likewise, Self Regional has garnered a long list of accolades and awards under Pfeiffer’s leadership.

A Search Committee for Pfeiffer’s replacement has been established and will be working closely with Anderson & Associates of Charlotte, NC to identify candidates.