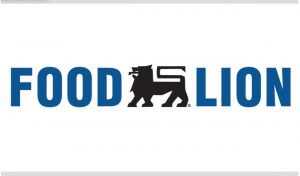 ”  from Food Lion headquarters, the City of Clinton’s economic development department Tuesday evening finally received confirmation  that Food Lion will indeed move into the 927 South Broad location soon to be vacated by BiLo with plans for a grand opening April 21. 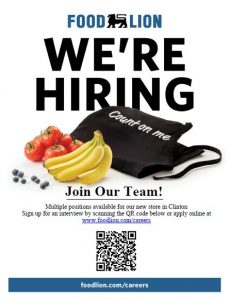 Running in the classified section of  today’s  Laurens County Advertiser, published March 24, are the first of three notices of intent in the to sell beer and wine in a store at 927 South Broad Street in Clinton. That gave the perception that the store was definitely coming.

But according to Clinton’s Interim City Manager Thomas Higgs on Tuesday morning, sometimes that’s proof that a business is coming and sometimes it’s not, as businesses will do such preliminary work even as financial negotiations are still underway. Higgs said the company had already pulled a permit as well, but Food Lion had been non-committal in requests for information from The Advertiser, and according to Higgs, with the city itself, until Tuesday afternoon. The official announcement came Wednesday morning from Marvin Moss, the director of Advantage Clinton, the city’s economic development department.

Job Fair information can be obtained through the provided link at left, and Food Lion expects to begin interviews tomorrow, on Thursday, March 25.

According to information provided to the city by Food Lion, interviews will be Thursday, from 8 a.m. to 6 p.m. at The Cotton Loft, 305 W Main St, Clinton, S.C., and the store grand opening is set for April 21.

BiLo owner, Southeastern Grocers in Jacksonville, Fla., had announced in June of 2020 that Food Lion was purchasing more than 60 Bi-Lo and Harvey’s stores in the Carolinas and Georgia, and in September the Alex Lee grocery company purchased 24 more BiLo stores. The BiLos in Laurens and Clinton and others in rural or less affluent locations had remained unsold, however. Food Lion recently revisited the Clinton BiLo and began plans for this late acquisition, just before both Laurens and Clinton stores were to close this spring.

So far there has still been no word on a buyer for the Laurens BiLo. It’s the only store to service the community on the western side of the City of Laurens and western Laurens County.