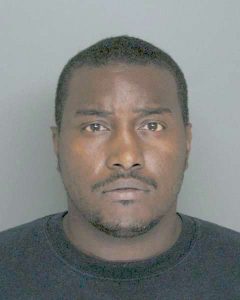 Clinton, South Carolina – Warrants were obtained on Monday regarding a shooting which took place last Wednesday afternoon in Oak Street Park, Clinton, and the suspect, Gary Lee Jacks, is currently considered a wanted person in connection with the shooting.

Jacks, 35, is wanted for attempted murder, possession of a weapon during a violent crime and unlawful possession of a handgun, according to a press release from the City of Clinton Police Department.

“Mr. Jacks has not been located at this time,” the  Tuesday , March 16, release stated. “The victim is in stable condition. We are still asking witnesses to come forward and speak with law enforcement.”

Clinton Police were first dispatched to the Oak Street Park at 3:30 p.m. on March 10 in response to a shooting at the park. Due to the severity of the victim’s injuries, SLED was requested to assist in the investigation.

As of Wednesday evening, March 17, Jacks still remained at large.

Anyone with information as to Jacks’ whereabouts or witnesses to the shooting can contact Captain Tyrone Goggins with the Clinton Police Department at 864- 833-7512 or anonymously by calling Crime Stoppers at 68-CRIME (864-682-7463).