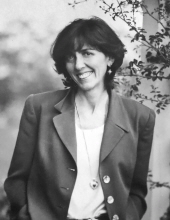 Selma Thorn Jones lived each of her 65 years with the curiosity, wonder, generosity, and easy humor typically found only in children. On the morning of March 9, 2021, after a brief illness, she fittingly died peacefully in her four-poster bed from childhood, surrounded by her family.

Born in Greenwood, SC, on June 21st, 1955, Selma was the beloved daughter of William T. Jones III and Selma Gilland Jones. Selma inherited the best qualities of each of her parents. She was as timelessly beautiful, purposely spoken, and quietly elegant as her mother and as intoxicatingly charming, innately intelligent, and endlessly curious as her father.

The first girl born to her family, Selma was adored by her older brothers, Townes and Howard. The trio had many adventures, including traveling with their Aunt Sarah to the Bahamas and to New Mexico. These formative trips taught her to “keep up with the boys” from an early age. It follows that Selma would go on to be the first girl to sign up for weight lifting class at Emory University in Atlanta, Georgia, where she was initially on a pre-med track. When her father, Mr. Jones, lamented that perhaps none of his sons would follow in his footsteps and attend law school, Selma responded, “I’ll go, Daddy!” True to her word, after earning her BA in History from Emory, she moved to Columbia, SC, to attend USC School of Law where she received her JD in 1980.

After practicing law for two decades, her insatiable appetite for new experiences led her to leave the courtroom to study Traditional Chinese Medicine at the New England School of Acupuncture in Watertown, MA. Selma graduated in 1999 and opened The Acupuncture Center in Columbia, SC. In both the practice of law and acupuncture, she always administered to the needs of those she served.

Selma would not have described herself as cool, which is precisely why she was. She was that accidental, effortless kind of cool that you can never quite explain. Her younger sister Caroline recalls living in Manhattan pursuing an acting career and telling her parents how difficult it was to get hired. The first time Selma visited her in New York she booked a national Pontiac commercial while walking down fifth avenue having just purchased a cookbook. As the story goes, when asked on camera about the most exciting thing she had recently done, Selma quickly (and falsely) replied — “I just bought my first dirty book!” — and was hired on the spot! Selma’s unexpected brush with commercial acting was not her first experience with being a muse. She inspired her younger brother Nelson to write a poem: “My Sister Selma, so simply…so true, she speaks from her heart with words truly earnest.” He went on to say that Selma’s “exemplar nature returns to the quiet church pews” in search of discovering God. Indeed, Selma’s relationship with God was a constant In her life.

Selma enjoyed and spent time with many church families, and along with her brother-in-law Ralph, she was a lifelong Episcopalian, and the Church of the Resurrection was the cornerstone of her spiritual faith.

Her devotion to others manifested itself in various ways. Rosann, Selma’s sister-in- law, remembers how touched she was when Selma offered to compose her wedding vows. She also recalls Selma’s healing her through acupuncture, graciously sharing her extensive art collection and always showing up with an enthusiasm that only she could bring.

Selma’s zest for life took her all over the world. She traveled to Indonesia, Greece, Montreal, Amsterdam, Spain, San Francisco, Paris, Japan, and Hong Kong. Her travels added new shades to her deeply colorful life and she brought back with her stories of people, food, languages, and cultures. She hungrily consumed art, theatre, music, movies, and books. She was equally drawn to children’s jokes (which she shared with delight) shelter dogs (which she adopted with devotion) and cartoons in the New Yorker (which she mailed to everyone whose address she had on file).

To her nieces, Gilland, Townes Adair, Isabella, and Campbell, and her nephew, Jones, Selma was their beloved aunt who belly laughed at her own jokes, wrote thoughtful letters, showed up to all of their birthdays, and was a deeply loving and influential fixture in their lives. She simply adored them.

The love and fidelity expressed by her eclectic and extensive group of friends exemplified the paramount place that friendship held in Selma’s life. Her friends were some of her most valued treasures and were testament to her ability to connect deeply with others and evidence of her constant heart. When you told Selma a story, you never stopped to wonder if she were really listening to you – she hung on every word. Maya Angelou said, “People will forget what you said, people will forget what you did, but people will never forget how you made them feel.” Selma made people feel special, important, funny, interesting, and loved. Selma was predeceased by her parents and her brother Howard Gilland Jones. She is survived by her brother W. Townes Jones IV, his daughters Gilland, Townes Adair, Isabella and Campbell, her brother Nelson Logan Jones, her sister Caroline Jones Jenkins, her husband Ralph and their son Jones.

The family is having a private service per CDC recommendations.

Memorials may be made to The Episcopal Church of The Resurrection, The Humane Society of Greenwood, Hospice & Palliative Care of the Piedmont or to the charity of one’s choice. Of course, the simplest way to honor Selma would be to write a hand-written note, place a stamp on it, and mail it to someone you love.