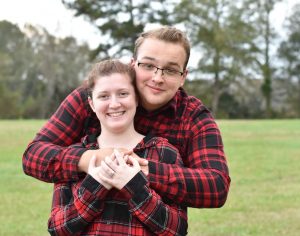 EMS workers from Laurens County will perform a solemn duty this week as they help a fallen colleague and friend to his final rest.

Isaiah Eugene Kappenman, 24, who worked part-time with county EMS as well as full-time with Spartanburg County EMS, died Monday morning after the 2014 Victory motorcycle he was piloting collided with a 2007 Dodge pickup on Brockman McClimon Road near Brockman Road in Greer. The accident occurred around 7:45 a.m.

According to the South Carolina Highway Patrol, the motorcycle slipped on the wet road and traveled left of center and collided with the truck, which was traveling in the opposite direction. The driver of the pickup was not injured.

According to Laurens County officials, EMS workers from Laurens and Spartanburg counties will serve as pallbearers at Kapperman’s funeral. Funeral arrangements are still pending.

Kappenman, who lived in Simpsonville with wife Ashley, was also a firefighter with the Canebrake Fire Department near the Laurens and Greenville county line. Members of the fire department and representatives from Laurens County EMS were also part of a processional Tuesday that took Kappenman’s body from Prisma Greenville Memorial Hospital to a Simpsonville funeral home.

“Please keep us in your thoughts and prayers during this very difficult time as we seek solace and peace for our family and staff. Losing a brother is the last thing we expected today,” the Canebrake Fire Department posted on its Facebook page. “The fire service community has suffered great loss in the upstate with yet another tragic event. Our hearts go out to the families of our firefighters.”

Kappenman is the second young firefighter killed in a motorcycle accident in the Upstate in the past week. Tyler Warfield, 23, of Fountain Inn was reportedly headed to work a shift at the Reidville Fire Department when he was involved in a fatal crash at the intersection of Silver Lake Road and Dillard Road near Reidville.

Kappeman had been working with Laurens County EMS for about three months, but had worked with Spartanburg County EMS since 2018. He was also attending classes to become a paramedic at Piedmont Tech’s Laurens campus.

“He was a very outgoing guy,” said Laurens County Deputy EMS Director Kevin Uldrick. “It seemed like a lot of the younger guys looked up to him. You could seem him being a really good paramedic and sticking with it for a really long time.”