Laurens, South Carolina – An accident involving a broken fire hydrant near Beasley Funeral Home Saturday night resulted in the need for some Laurens residents to boil their water until the Laurens Commission of Public Works deems the water safe to drink. 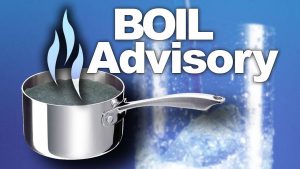 “The person said she was swerving to avoid a deer and hit the hydrant,” said LCPW General Manager John Young. “Hydrants are designed to break away, but it releases a significant amount of water. There’s always a chance that debris can get into the pipes, so we issued the Boil Water Advisory.”

Young said fortunately the CPW doesn’t have to issue these alerts very often, but it can’t remove the alert until a lab reports that the water is safe for drinking.

CPW suggests that customers in the affected region vigorously boil their water at least one full minute prior to drinking or cooking. Ice made from water which has not been boiled should not be used for drinking purposes.

“Our crew worked into the evening to get the water back on to customers as quickly as possible and after the repair, a sample of water was sent to the lab to make sure there are no contaminants,” Young said. “We will lift the Boil Water Advisory as soon as we get the results back from the lab that it’s safe, and it might be as alate as Tuesday.”

There was a list of 26 different streets which might have been affected listed on the CPW’s social media pages after the event, but some commenters from outside that specific area voiced concern that their water looked unusual as well.

“A lot of water rushes out from a broken hydrant, so the chance of significant sediment getting into the pipes is small but it can happen,” Young said. “It can stir the pipes in the area and cause discolored water, and we are asking anyone a little bit outside the Advisory area who is concerned to call the office and we will come out and check their water.”

Young said to watch the Laurens CPW Facebook page and other social media for word as to when the advisory is lifted.

Streets included in the initial alert include the following: