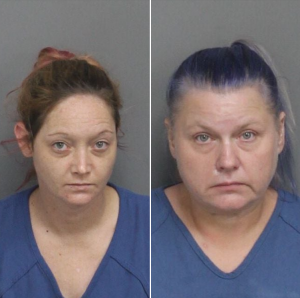 Bradberry is charged with trafficking in meth (17.6 grams recovered), 41 counts of petit larceny and seven counts of receiving stolen goods. Harvey has been charged with possession of meth. The pair was stopped for defective tag lights and failure to stop at a stop sign at Fairview Road and Highway 101.

According to the LCSO, deputies discovered a small scale routinely used in drug sales in addition to the meth around 2 a.m. Sunday during a traffic stop. They also found “a large amount” of mail addressed to more than 50 different people in areas ranging from Clinton to Greenville. Some of that mail included sensitive personal information, including back account and social security numbers as well as passwords and email addresses.

The pair remained in the Johnson Detention Center Wednesday morning.

LCSO Major Chris Martin said the recovered mail will be returned to the U.S. Postal Service and be redelivered. All victims of the thefts are to be notified.

“This is a prime example of a criminal stealing from honest, hard working people,” Martin said. “This individual is exactly where she belongs. I am extremely proud of the hard working men and women who pursue criminals like this day in and day out.”