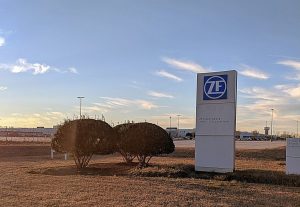 ZF Transmissions announced this past week plans for a $200 million investment in its Gray Court facility.

The investment is expected to bring 500 new jobs to the manufacturing facility as it ramps up for production of its ZF Powerline 8-speed automatic transmission, which his set to begin in 2023.

“We started production in 2012 with our 8- and 9-speed automatic transmissions and quickly became a center of manufacturing excellence. As a result, we’ve been expanding our manufacturing footprint since our grand opening,” said Thomas Joos, vice president of ZF Transmissions Gray Court. “With the support of a dedicated workforce and collaborative regional partners, we are looking forward to adding the PowerLine to our facility.”

German-owned ZF currently employs 2,200 people in Gray Court and supplies transmissions to automakers such as BMW, Dodge and Landrover.

The announcement also coincides with other recent developments centering around large residential subdivisions and other industrial growth in the county.

“This is a testament to the great business environment and success that Laurens County is seeing right now as well as the potential we have for the future,” said Laurens County Administrator Jon Caime.

With its 2,200 employees, ZF Transmissions is already Laurens County’s largest employer in addition to being its largest taxpayer through fee-in-lieu-of-taxes (FILOT) agreements with the county.

“I’m always excited about any economic expansion but especially one from our largest taxpayer,” said Laurens County Council Chairman Brown Patterson. “This is fantastic for Laurens County to have that kind of investment here over the next two years. It’s great for our people and ZF has fortified the investment they have made into this county.”

The announcement comes even as the U.S. and world continue to deal with the COVID-19 pandemic, but Laurens County Development Corporation President and CEO Jonathan Coleman said he is not surprised to see ZF move forward with its plans for expansion.

“We’re seeing more activity right now than we have really in the last two years,” Coleman said. “We’re seeing a lot of pent up demand for product and interest rates are low. Our local economy is strong, and I think we’re poised to really see a lot of change in the next five years.”

As ZF prepares to go forward with its plans for 2023 in Gray Court, Meiden America Switchgear held its official opening nearby in Gray Court on Wednesday afternoon, welcoming several local and state officials, including Patterson and Coleman, for a small gathering at its production facility – the company’s only one in the U.S. The company also took the opportunity to celebrate its first product shipment from Gray Court.

“Laurens County is on the cusp of something great, and the announcements we’ve received in the last 90 days have proven that,” Patterson said. “It’s exciting for me that people are looking at Laurens County as a positive growth area in the Upstate.”