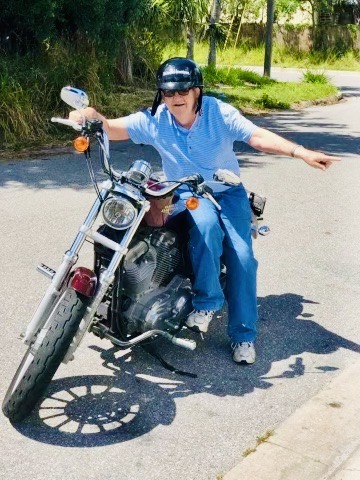 Felix James Przybylowicz, Jr. walked through the gates of heaven to rejoin his bride of 61 years, Norma Mae Przybylowicz, on February 10, 2021. Felix was born on November 1, 1928 in Philadelphia, PA.

In Norma, Felix married a woman he knew would be strong enough to bear and raise his four children while he did his job serving and protecting our country. A proud member of the United States Army for twenty-one and a half years, he served as a medic in the Korean War and two tours of Vietnam.  He was Awarded the Bronze Star and Purple Heart and retired from the Army as a Sergeant First Class.  Felix began a second career in the medical field working in Central Supply and Receiving at Sacred Heart Hospital and West Florida Regional Medical Center in Pensacola, FL.  After retiring, he and Mom traveled around the United States visiting family and old Army friends.

Dad was a dedicated member of Myrtle Grove United Methodist Church and he and Mom participated in numerous church and community activities.

Dad’s favorite organization was the Veterans of Foreign Wars.  He served as Post Commander of VFW Post 706 and often assisted other veterans in obtaining their benefits.

Felix and Norma relocated to Grandview Ranch in Gray Court, SC in 2006 after a particularly active hurricane season in Pensacola.  In Gray Court, they lived with daughter, Janet, and her husband, Harold Kennedy.  There, they learned about and participated in horse raising.  Dad was Barn Master at the ranch and in typical military fashion, he kept the barn floor so clean you could eat off it.  The horses loved his constant attention and loving ways.  You could often find Dad fishing in the ranch pond or driving his golf cart into it!!

An active member of Saint James United Methodist Church, the Rockers and the Grisby Sunday School class, Felix participated in numerous activities, especially the ones where food was involved.

During his retirement, Dad thrilled at attending graduation ceremonies for his grandsons who followed his footsteps in joining the United States Army.

Visitation will be held from 1:00 PM to 2:00 PM Tuesday, February 16, 2021 at The Kennedy Mortuary, 606 West Main Street, Laurens, SC. Funeral services with full military honors will be held in the chapel of Kennedy Mortuary at 2:00 PM. Interment at Forest Lawn Cemetery East, 2698 Torrington Rd., Laurens, SC will immediately follow the service.  Funeral and interment services will be conducted by the Rev. John Bolin and Mr. Steve Wakeland.

We ask that friends and family wear masks and keep social distancing per the Covid-19 precautions.