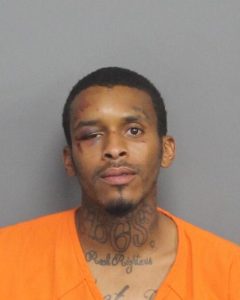 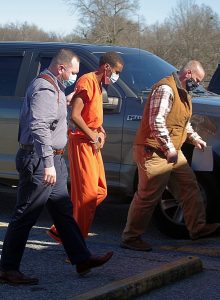 Antone Blakely arrives for a bond hearing at the Laurens Police Department Wednesday.

Laurens Police have made an arrest in a Jan. 22 shooting that left one man dead in Laurens.

Antone Blakely, 27, of Laurens is charged with murder, attempted murder and assault, armed robbery, criminal conspiracy, kidnapping and three counts of discharging a weapon into a dwelling or vehicle. He also faces charges of assault by mob, said Laurens Police Cheif Chrissie Latimore.

Jarius Mickele Byrd, 35, of Laurens was killed in the shooting, which occurred on Spring Street in Laurens.

Latimore said Blakely is to be arraigned on the charges at a bond hearing later today (Wednesday). Blakely remained in the Johnson Detention Center Wednesday morning as he awaited a bond hearing.

Investigators from the LPD and State Law Enforcement Agency (SLED) have been working on the case.