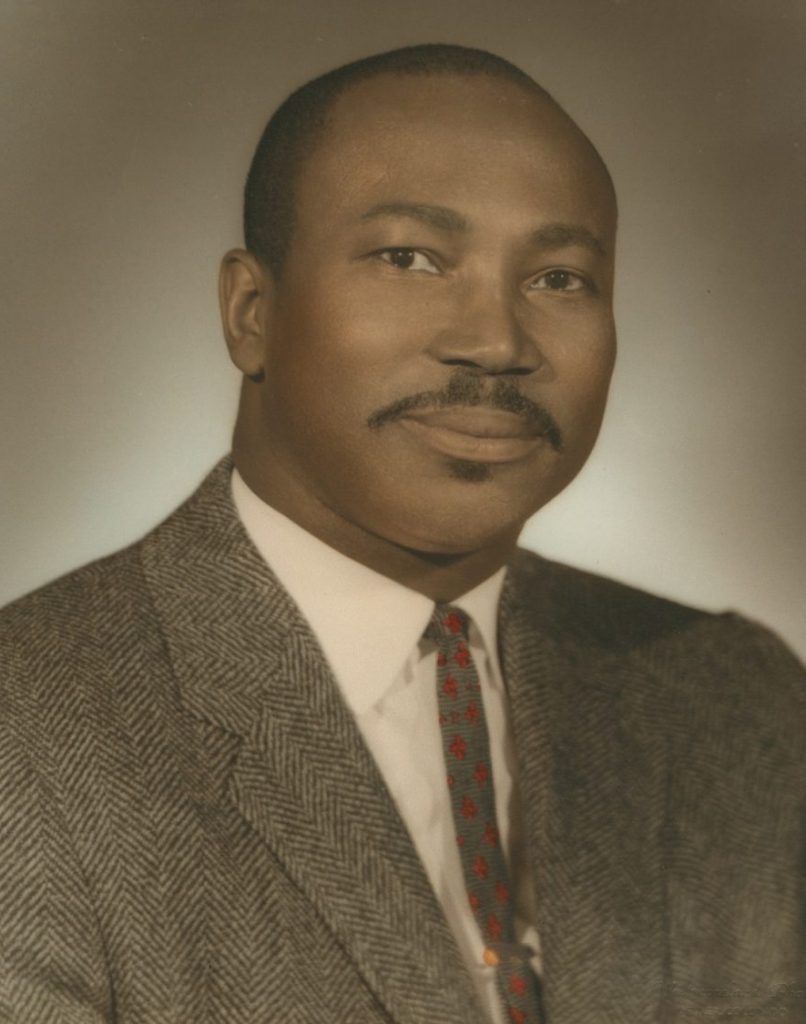 David C was born in Laurens, South Carolina on March 26, 1935 to Vess and Henrietta Holland who preceded him in death along with his siblings: Clarence, Johnnie, Jessie, and Lewis. David C attended Sanders High School where he played football, baseball, and ran track. He was inducted into the Laurens School District 55 Athletic Hall of Fame in 2001. After graduating from high school, he attended Benedict College in Columbia, SC where he played football and received his B.S. degree in Chemistry.

After college, David C joined the US Army which eventually brought him to Colorado where he was honorably discharged while stationed at Fitzsimons General Hospital, Denver CO. During that time, he began a 35+ year career with the US Food and Drug Administration (FDA). During his FDA career, he was recognized internationally as an expertise in both human and animal drugs and procedures.

David C was a long-time member of Scott United Methodist Church where he served on many committees. He served in numerous positions on the board on the North City Park neighborhood association. David had a true passion for working with people and was a long-time youth football coach for the Pirates in Northeast Denver, Wheat Ridge Youth Football, and coached at Manual and George Washington High Schools.

In his spare time and in his retirement, David C enjoyed designing and major construction and landscaping additions to the family residence and of course entertaining his two grandchildren Delaney and Cameron. He enjoyed helping others with their home projects as well projects to improve and beautify the local community.

David C was proceeded in death by his childhood friend, classmate, and beautiful bride of 55 years Elizabeth Ann (Foggie) also from Laurens, and grandson David Cameron (Arvada). David C is survived by his sons David Christopher (Arvada), Derek Calvin (Denver), and granddaughter Delaney Christen (Boulder) and many nieces and nephews.

A virtual celebration of life service will be on Saturday, March 13, 2021 at 10:00AM. To view the celebration, go to Facebook.com and search for Scott United Methodist Church Denver

I THANK YOU FOR THE LOVE YOU EACH HAVE SHOWN, BUT NOW IT’S TIME FOR ME TO TRAVEL ALONE, AND THEN WHEN I MUST COME THIS WAY ALONE, YOU WILL GREET ME WITH A SMILE, AND SAY “WELCOME HOME”