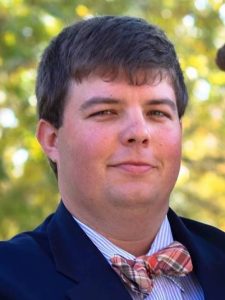 A newly constituted Laurens County Council met for the first time in 2021 Tuesday night and chose new leadership as the first order of business.

Brown Patterson, who won a special election to replace Stewart Jones as councilman in District 4 in 2019, was elected as chairman. Patterson replaces former council chair David Pitts. Pitts was unseated in District 7 by David Tribble in the November General Election.

Jeff Carroll of District 5 was chosen as vice-chairman. Vice-chairman Joe Wood was defeated in the GOP Primary this past June by Luke Rankin for the District 2 seat. Carroll is in the midst of his first term on council.

Following the votes, council was to hear an update on County Administrator Jon Caime’s long-range plan for the county as well as an outline for implementation of the Capital Project Sales Tax and how those 16 capital projects will get under way.

“We’re laying out an action plan,” Caime said. “Some of those are pretty straight forward but others are more complex.”

Caime said the purchase of digital E-911 radios is an example of one of the simpler purchases funded by the CPST, which was passed by referendum during the Nov. 3 election.

Other CPST projects, such as the Clinton Library, agricultural center and veteran’s memorial, will require more effort and the involvement of local leaders from different areas, such as the City of Clinton and the Veteran’s Administration. 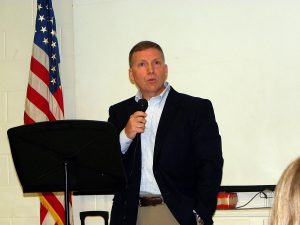 Each year, Caime presents council members with an update of the county’s long-range plan, which has included a number of county needs. That list includes bridge and road repairs as well as a new law enforcement center and emergency services headquarters for E-911 and EMS.

“Just about everything on the list we had four years ago is pretty much done,” Caime said.

Road and bridge stabilization and repairs have at least started, he said. Fixing the decaying infrastructure is a $40 million project that county personnel said would grow to $100 million over the next decade if it continues to be ignored.

While a new evidence storage facility was included in the CPST, a law enforcement center, which has a price tag of around $15 million, was not. But Sheriff Don Reynolds has told council the current facility, which is around 50 years old, is no longer adequate for his department.

The E-911 center is currently in the former Laurens County Library on South Harper Street and sits in a flood plain as well as busy railroad tracks.

“It’s really the last place it should be,” Caime said. “If there’s a spill of hazardous materials carried by train there or a flood, then our E-911 system would go offline when we need it most.”

Caime said council members will need to decide going forward whether or not to approve a bond issue to take care of those projects as they have other projects over the past four years.

“We’re really proud of how far we’ve come in four years, now we hope to be able to address these next four and show (council members) how we can get that done,” he said. “We have to continue to eat that elephant one spoonful at a time.”