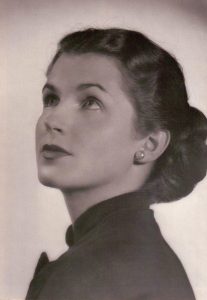 She was born in Annapolis, MD and was a daughter of the late Trovilla T. Chance and Annie Naomi Welsh Chance. She attended and graduated from Annapolis Schools, she was employed with an insurance company and a law firm in her early years, and then worked for the State of Maryland Economic Development Department, where she worked in the Tourism and Public Relations. She then retired from the department before moving to Clinton, SC in 1973.

For many years Mrs. Bailey was extremely concerned and active in animal welfare, care, and environmental protection. Much of her work was done individually, but she was also a member of and contributor to many animal and environmental organization.

Graveside Services will be held Sunday, January 10, 2021 at 2 PM at the First Presbyterian Church Cemetery in Clinton, SC.

In lieu of flowers memorials may be made to Concerned Citizens for Animals, P.O. Box 1332 Simpsonville, SC 29681, the S.P.C.A. in Annapolis, MD, or to the environmental organization of one’s choice.