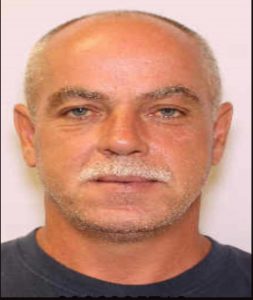 A two-week manhunt that spanned the Carolinas and West Virginia ended back in Laurens County where it started Thursday afternoon with the arrest of fugitive Tracy Parsons.

Parsons, 53, of Honea Path now faces a litany of criminal charges, including resisting arrest after attempting to evade Laurens County sheriff’s deputies Thursday afternoon. Parsons was piloting a motorcycle when he was spotted by an alert deputy and eventually wrecked the motorcycle at Highway 252 and Neely Ferry Road where he was taken into custody.

According to jail records, Parsons is also charged with attempted murder, kidnapping, two counts of first-degree burglary, possession of a firearm by a convicted felon, receiving stolen goods, financial transaction fraud, grand larceny, driving under suspension, criminal conspiracy, failure to stop for a blue light and driving under suspension.

Parsons has been denied bond.

“I want to people to understand that this community is a little safer because of the hard work of (our deputies and investigators),” said Laurens County Sheriff Don Reynolds. “He will remain in the (Johnson) detention center until we can transfer him to a more appropriate facility.”

Parsons allegedly broke into a home on Highway 221 south of Laurens earlier this month, assaulting the female resident who lived there and stealing a vehicle.

He was later spotted in West Virginia where he allegedly stole a pickup truck and continued to evade capture before returning to Laurens County.

Reynolds called Parsons a “thug,” for his alleged attack on the older female resident two weeks ago before noting that she “almost got the best of him.”

“I don’t know what else to call it,” Reynolds said. “When you beat an (older) lady and steal their stuff.”