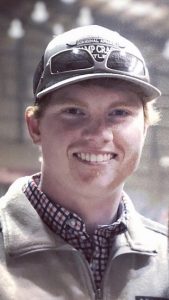 Bradley was born August 10, 1998 in Laurens, son to Jeffrey Crowder (Devonie) and Amy Taylor (Wayne). He was raised by his loving grandparents, Joe and Shannon Lambert.

Bradley had a heart of gold, a love for dirt track racing and a smile that could light up any room. He was a graduate of Laurens High School and was an employee of Valvoline. He was a member of Davidson Street Baptist Church.

A graveside funeral service will be held on Saturday, November 28, 2020 at 11 A.M., at Westview Memorial Park, conducted by Pastor Kenny Moore.

The family will be at their respective homes and would like to thank the community for their outpouring of love during this time.

In lieu of flowers, the families ask that donations be made to Davidson Street Baptist Church, 400 Davidson Street, Clinton, SC 29325; or to the American Foundation for Suicide Prevention, 199 Water Street, 11th Floor, New York, NY 10038.