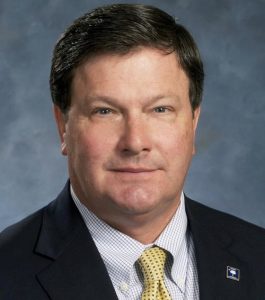 Republican Clinton businessman David Tribble reclaimed the County Council District 7 seat that belonged to him more than a decade ago with a victory over Council Chairman David Pitts in Tuesday’s General Election.

Tribble, who also served two terms as Clinton’s mayor in the 1980s and one term in the South Carolina General Assembly, won with 56.8% of the vote in District 7, defeating Pitts with 2,154 votes, compared to 1,634.

“I’m looking forward to going back and serving my county,” Tribble said. “I’m really more excited to do this than I’ve ever been. I have thoughts about where I want to push the county and my own community, and I think I know more about how to do it than ever before.”

Tribble resigned from county council in 2010 to serve in the state House of Representatives. He was replaced on council then by Pitts, a Democrat who is currently assistant superintendent of Laurens County School District 56.

“Of course, I’m disappointed, but the people have spoken,” Pitts said. “I wish Mr. Tribble the best and want to see Laurens County continue to move forward.”

The District 7 race was the only contested partisan election at the local level.

Pitts said he is proud of council’s accomplishments during his tenure in office, particularly in rerouting $1 million in industrial fees-in-lieu-of-taxes back to Laurens County schools from Greenville County, which kept property taxes lower in Laurens County.

“I’m proud of the way council worked together, too,” he said. “You wouldn’t know if someone had a Democrat or a Republican next to their name. The fact that I was elected chair with the minority spoke volumes not so much about me but of the people I served with over the years.”

Other partisan county offices including sheriff (Don Reynolds), Clerk of Court (Michelle Simmons) and Coroner (Vickie Cheek), all Republicans, were elected without challenges. Cheek was appointed earlier this year by Gov. Henry McMaster to fill the unexpired term of the late Nick Nicholls and was seeking her first full term.

In national races, President Donald Trump and Vice-President Mike Pence carried Laurens County with 65.6% of the vote, compared to 33.3% for Democratic candidate Joe Biden and his running mate, Kamala Harris.

Incumbent Rep. Jeff Duncan (R-Laurens), won Laurens County with 68% of the vote over Democrat Hosea Cleveland with 32% in the District 3 Congressional race.

Incumbent Sen. Lindsey Graham (R-S.C.) carried the county with 64% of the vote over Democratic challenger Jaime Harrison with 34.4% of the vote in a hotly contested Senatorial election.