(Editor’s Note: The Laurens County Advertiser is taking a look at each of the 16 projects proposed to be funded by the Capital Project Sales Tax (CPST) in Laurens County. The 1-cent sales tax will be put to a referendum in the Nov. 3 General Election. The projects looked at today are a proposed agricultural center and a Clinton branch of the Laurens County Library.For a link to all the CPST projects go to https://www.yestoinvestlc.com.)

Clinton, SC – After the library branch’s 18 years in its “temporary storefront location,” Clinton residents will finally get a much anticipated Clinton Regional Library if the Capital Project Sales Tax receives enough “Yes” votes on Nov. 3. 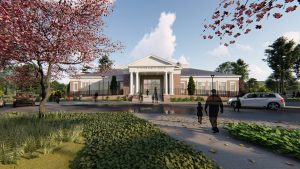 After 18 years in its “Temporary Storefront Location,” a new and expanded Clinton Regional Library can finally be built if the Capital Project Sales Tax referendum passes on Nov. 3. For a link to all the CPST projects go to
https://www.yestoinvestlc.com.

The CPST proposal calls for $4.3 million to be used for the construction and furnishing of a new Clinton Regional Library.

The need for a new library has been discussed ever since the Clinton Public Library was forced to close more than 20 years ago because of structural problems. Ann Szypulski, the director of the Laurens County Library System, has worked with Laurens County Council to try and achieve this for Clinton and the surrounding area, as did former director Bill Cooper before his retirement, Szypulski said.

The library eventually moved into what was supposed to be a temporary location on Jacobs Highway in Clinton, and the City of Clinton has been covering the utility and rental fees.

Since that time Clinton residents have continued to use the library space, even though it’s less than ideal, said Szypulski. 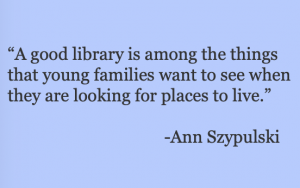 “In 2019 there were 25,557 visits to the Clinton Public Library,” Szypulski said. “30,000 books were checked out and patrons signed up to use the computers more than 800 times, so the need is there. But it’s far too small for the use and there’s no specific areas for children’s programs, study rooms and we badly need a community meeting space. And it will be designed so that it can be run by the same number of staff members which are already employed by the county.”

The proposal put forth by Szypulski and the LCLS Board of Trustees calls for a library which could serve the needs of the eastern and southern areas of the county. 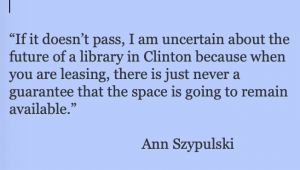 The $4.3 million request includes engineering fees, construction, paving for parking, landscaping, furniture and other items needed for the project. The proposed library will be located on Pitt Street just a block behind the M.S. Bailey Municipal Center. The City of Clinton is planning to purchase the property and then donate it to the library system if the referendum passes.

“It’s a great location for walkability from downtown and from many of these neighborhoods,” Szypulski said. “A good library is among the things that young families want to see when they are looking for places to live.”

Szypulski is hoping for the best but concerned if the CPST referendum fails to pass.

“If it doesn’t pass, I am uncertain about the future of a library in Clinton,” Szypulski said, “because when you are leasing, there is just never a guarantee that the space is going to remain available.”