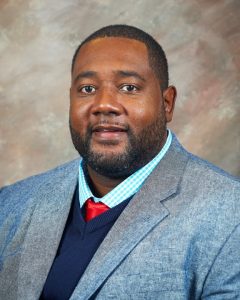 Charles Peterson, who is permanently etched in local sports legend thanks to an amazing catch and a baseball career that enamored Major League scouts, died Sunday in Columbia. He was 46.

His death came after a three-week battle with COVID-19. He was admitted to the hospital on Aug. 17.

Following his senior year in 1993, Peterson, an outfielder with a combination of power and speed named high school state player of the year in baseball and football, was drafted by the Pittsburgh Pirates in the first round of the MLB’s amateur draft with the fourth overall pick. He chose professional baseball over a bevy of Division I football programs.

On Monday, Peterson was remembered by former coaches and teammates as a generational athletic talent and perhaps an even better teammate and friend.

“It was devastating news,” said LDHS Athletic Director Tommy Spires, who played with Peterson in multiple sports at LDHS. “We knew he’d been sick for quite a while, but we kept praying for him. It got to the point where the virus got to be too much for his lungs, and they couldn’t do anything more for him.” 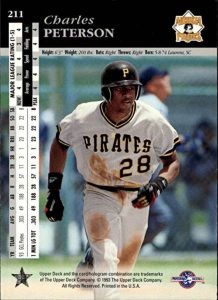 After toiling in baseball’s minor and independent leagues for 14 seasons, Peterson went to work as a regional scout with the St. Louis Cardinals organization. As a player, he made it to AAA – a step below the Major Leagues – for a brief stint with the Nashville Sounds. Peterson hit .290 with 130 home runs in 14 professional seasons.

In addition to working with the Cardinals as a scout, Peterson was a volunteer assistant football coach with Spring Valley High School, where his son, Trey, is a lauded senior defensive end being recruited by several Division I schools including Army and Charleston Southern.

“I can’t put into words how much my father meant to me and every one he loved,” Trey Peterson wrote on Twitter. “To anyone who reads this. Please (pray) for his safe passage into heaven and remember him as the man he was and always will be.”

Former LDHS baseball coach Ed Prescott said the news of Peterson’s illness brought the players from that era together on a text thread as they kept up with his condition.

“Charles was a great teammate and that really stuck with me as we texted and communicated with guys who are in Texas and Maryland and all over the country.”

Both Prescott and former LDHS basketball coach Mark Freeze said in addition to Peterson’s prodigious talent, he also brought a smile and occasionally mischievous spirit to the court and playing field.

“He could be mischievous, but he always had fun,” Freeze said. “He was one of those guys who could go from one sport to another – go to a practice and be ready to go.”

“He looked a little older and had put on a little weight, but there was no mistaking that face and that smile was still the same,” he said.

Peterson was the signing scout for Jordan Walker, the first-round pick for the Cardinals earlier this year from Decatur, Georgia. In a story on MLB.com, his colleagues said it was important for Peterson to give opportunities for players who dream of a future in baseball.

“He was someone who brought just amazing life to a room,” president of baseball operations John Mozeliak said Monday. “I think the thing he loved most about the game was the opportunity it created for people. He took a lot of pride in the players he recommended. Obviously, not all players you draft are going to become big leaguers, but maybe all players you draft become great citizens and do good things and that’s something that Charles really wanted his fingerprints on. And that’s what made him so special.”

But for all his accomplishments, Peterson is forever connected with the 1991 state championship game, a 28-27 victory over favored Lower Richland.

Peterson made an improbable catch with four seconds to play to tie the game pending the successful extra point.

“It’s still the greatest catch I’ve ever seen,” Freeze said. “I don’t know how he did it. He had his toes on the line and stretched out as far as he could and caught the back end of the ball perpendicular to the ground.

“Boy, he could play. He was a pleasure to watch.”