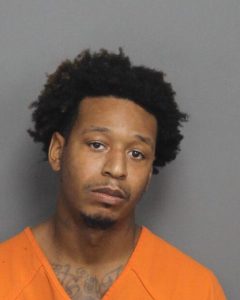 Clinton Police arrested a Clinton man Monday in connection with a shooting that left a Fountain Inn man dead on Sept. 1.

Bond for Cunningham has been denied on the charges, and he remains in the Johnson Detention Center.

The body of Kevern Dimon Simmons, 29, of Fountain Inn was discovered in his car on Academy Street.

According to police, Cunningham was arrested Monday on Clay Street with 40.76 grams of cocaine as well as a Springfield 45-caliber pistol.

According to the CPD, the murder investigation is ongoing and investigators are seeking information regarding the incident.

According to reports, Simmons was also shot in the arm on Aug. 31 and received treatment overnight at Prisma Health Greenville Memorial Hospital. Another shooting on Sept. 1 involving a woman on West Main Street in Clinton is also being investigated by Clinton Police. Investigators are attempting to ascertain whether the two incidents are connected.