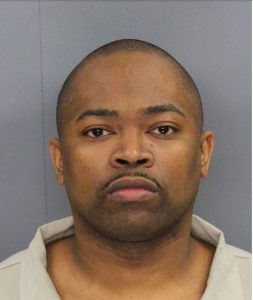 The 2014 double murder conviction of a Cross Hill man was upheld in court, according to an opinion filed by the court on Aug. 12.

Deshanndon Markelle Franks, 33, filed the appeal in October of last year, asking that a superior court overturn his conviction in the shooting deaths of Sammie Leake and Nikesha James on Jan. 31, 2014. He was convicted in 2016 of two counts of murder and one count of possession of a weapon during the commission of a violent crime and was sentenced to 45 years in prison.

Franks’ attorneys argued that 8th Circuit Judge Frank Addy, Jr. abused his discretion on the bench by allowing Greenville County Sheriff’s Department Sgt. John Kelley to testify as an expert witness in the use of geotime software and call records translation tools.

The appeal was also based on Addy’s instruction to the jury that said, “inferred malice may arise when the deed is done with a deadly weapon.”

The judges ruled that since no objection of the admission of the data from Franks’ cellphone into evidence was made during the trial, the appeals court could not object to the officer who interpreted the information.

The court did find that Addy erred when instructing jurors that they could infer malice from the use of a deadly weapon, but they did not find that those instructions warranted overturning the verdict of the jury.

“We conclude the trial court did not abuse its discretion by admitting Sgt. Kelley’s expert testimony and the erroneous jury instruction was harmless beyond a reasonable doubt. Therefore, Frank’s convictions are affirmed,” the opinion read.