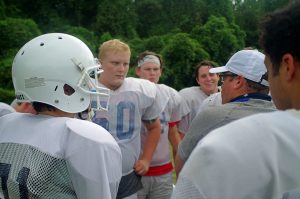 A lot of familiar faces have returned to the practice field for the Laurens Academy varsity football team, but there is also something starkly unfamiliar there.

The Crusaders are suiting up 17 players this season for its trek through the South Carolina Independent Schools Athletic Association’s Class A 8-man football schedule.

The deeper 2020 Crusaders open their season at home Friday at 7 p.m. against Holly Hill Academy.

“That’s a big number for us,” said LA Assistant Head Coach Travis Plowden. “In the past, I think we’ve had 13 or so, but being able to have more kids involved and being able to play and having less kids playing on both sides of the ball is big.”

As is the case with most small schools in the 8-man ranks, iron-man football is the norm and will be for LA in some situations this year, but having the option to go two-deep at every position and run full 8-on-8 practices is an advantage for 2020. 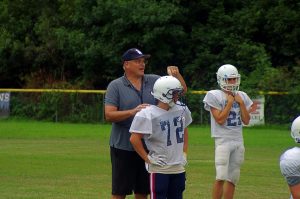 All-State performers Diamonte Grant, Cal Robertson, Reles Littleton and Thomas Lowry, who was also the region Player of the Year, return as the core of LA’s team on both sides of the ball.

In a memorable 70-44 victory over Jefferson Davis last season, Lowry accounted for every one of the Crusaders’ 582 yards from scrimmage as a passer and a runner.

Robertson, a junior receiver/linebacker, was LA’s top outside threat, catching 44 passes for 888 yards and 10 touchdowns. He also led the team with 82 tackles, including nine for loss.

Littleton, a senior offensive and defensive lineman, recorded 34 tackles, with 10 of those behind the line of scrimmage. Sophomore running back/linebacker Clarence Bertoli was named to SCISA’s all-rookie team following his freshman campaign.

“We have a lot of experience and depth on the offensive side of the ball,” Plowden said. “On defense, we’re going to have to keep improving. We’ll play a lot of people on that side of the ball. … We’ll play some teams with really good backs, and we’ve got to be really good at being able to get them off the field and force turnovers.”

Plowden said that added depth could prove particularly important as teams prepare for a season amidst COVID-19. The state’s public schools have delayed and shorted their fall sports schedules, while SCISAA has gone on largely with business as usual with added safety protocols.

The offensive and defensive lines will be anchored by Littleton and senior twins Zachary and Hunter Mullinax.

Nine of the players on LA’s 17-man roster are seniors and will try to produce a winning season for the first time in their high school careers. The Crusaders will be looking to dethrone the likes of Andrew Jackson and Richard Winn.

“Andrew Jackson has one (several) state championships in a row,” Plowden said. “They’ve been really good. I think they’ve ohnly lost one game over the last three or four years. … The whole state is going to be very competitive again.” 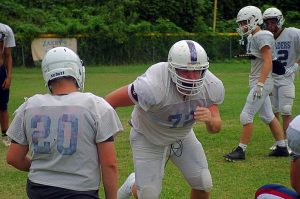 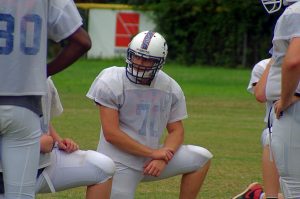