A suspect sought last week by the 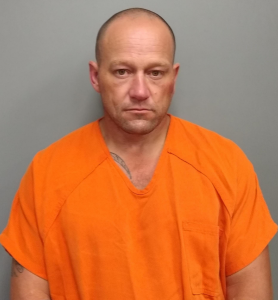 The LCSO had requested assistance of the public in locating Jeffrey Bigham of Fountain Inn, who was wanted on charges of burglary, grand larceny and arson.

On Tuesday, Aug. 18, at approximately 9 a.m., Bigham was observed near Henderson Church Road in Hickory Tavern.

Deputies attempted to make contact with the subject at which time Bigham failed to stop his vehicle. Spike strips were activated and the pursuit came to an end on Highway 101 South. Bigham was arrested and charged with failure to stop for a blue light, possession of methamphetamine, possession of marijuana, transport of alcohol in motor vehicle with broken seal.

More charges are pending at this time.