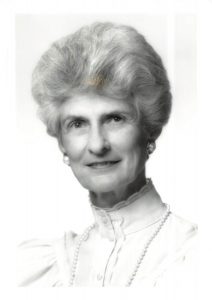 Augusta was a life-long Presbyterian and known for her strong and steady faith and Biblical knowledge. Along with her husband she taught many years of adult Sunday school at First Presbyterian Church of Laurens, where she was also an ordained Elder, long-time choir member, and past moderator of the Presbyterian Women. She was faithful to the baptism vows of her children and instilled her faith in her sons who are all Elders in the Presbyterian Church.

Augusta was a devoted wife, mother and grandmother who was always thoughtful of others. She and her husband were an inseparable team who invested themselves in the churches, schools, youth sports teams, Boy Scouts (with all three sons and both grandsons earning the rank of Eagle Scout), Rotary (in which she was an honorary member), and other local organizations in the communities in which they lived during and after King’s military career in the United States Marine Corps, including Virginia, Hawaii, Oklahoma and South Carolina. In many cases, Augusta was the quiet and dedicated force behind those in leadership roles. She had a genuine smile, wonderful laugh, gentle voice, charm, and genteelness that belied her persistent resolve and steady determination. She was filled with God’s grace and lived her life to the glory of the Lord!

A service of thanksgiving will be held at First Presbyterian Church of Laurens, South Carolina, on Friday, August 21, at 3:00 p.m. with only the family in attendance and live streamed for all others, followed by a private family interment at Forest Lawn Cemetery. To view the live streamed service, click the link on Augusta’s obituary at www.thekennedymortuary.com on Friday prior to the service. Memorials may be made to the First Presbyterian Church Laurens Endowment Fund, the Rotary Foundation, or a charity of your choice. 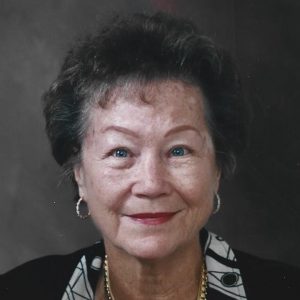