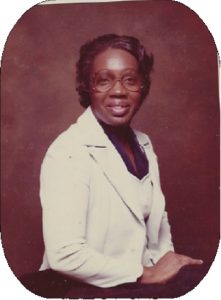 Dora Nease Creech Myrick, born August 5, 1931, Barnwell, SC was the youngest of 7 kids born to Hezekiah and Adie Hogg Creech. Dora spent most of her formative years living in Barnwell County attending the local public schools and eventually meeting her future husband Corance Myrick. Dora joined Second Mt Olive Baptist Church, Barnwell, SC at early age, where she sang in the Choir and attending Sunday school on a regular basis. Her formula education was completed at what was commonly known as Bethlehem High School, located in the five points area of Barnwell County. Dora started classes in Aiken, SC shortly after she graduated from high school where her dream of nursing began. Along this journey she and Corance Myrick married in October 1958 and moved to Laurens, SC where the next leg of their journey began. During the summer months for several years, Dora sought employment as a domestic engineer with the aid of family in the following cities: Delray Beach, Florida, Boston, Massachusetts and New York City, New York. Because of these endeavors her nursing dreams went on hold. During these months family once again stepped in to assist with the care of the children.

Dora returned to South Carolina at the start of each school year to again care for her family with concentration on providing a stable and secure home. Dora remained a stay at home mother until her children became school age and could be cared for by local neighbors. This action allowed her to re-enter the work force gaining employment at the Laurens Shirt Company where she stayed for several years. When one door closes another would open in an employment opportunity at 3M also known as American Lava manufacturing Company located in Laurens on Hwy 14. When Wal-Mart distribution Center decided to open a facility in Laurens County, Dora decided that would be a location that she would seek employment and she remained there until she retired completely from the work force. From the time she joined Second Mount Olive Baptist Church until the time of her death she remained a loyal member of the church. Constantly working to support all aspect of the church financially, and any avenues to further the kingdom of the Lord. While in Laurens she attended several churches to include Calvery United Methodist Church, along with St. Paul Baptist Church and Bethel AME Church.