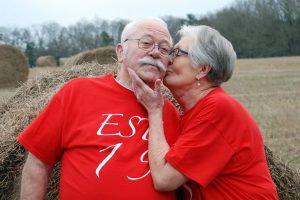 Mr. Calhoun was born in Wales, KY to the late Marion Franklin Calhoun and Maxie Anderson Calhoun. He was a U.S. Navy Veteran, serving during the Korean Conflict. He retired from Roadway Express and was a member of Beulah Baptist Church. Ronnie was an avid reader and collector of Louie Lamar books. He also collected pocket knives and was an ardent fan of the Clemson Tigers and the University of Kentucky Wild Cats. Ronnie enjoyed fishing, but he truly treasured being “PaPa Great” to his grandchildren.

Funeral services, with Military Honors, was held Tuesday at Beulah Baptist Church, with burial in the church cemetery.