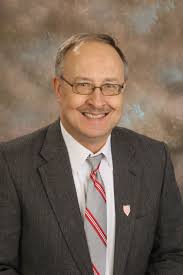 Laurens County School Districts 55 and 56 have agreed to work together on the Laurens County Virtual Academy, an option for students who are unable or unwilling to return to their regular classrooms for the 2020-21 school year.

District 55 was to hold a virtual meeting via YouTube Tuesday night to answer questions and give details on the Virtual Academy. The District 56 Board of Trustees approved the joint venture at a Monday night meetings.

Administrators from both districts developed the plan for the Virtual Academy together in an effort to avoid a duplication of efforts.

“We want to work in conjunction and in partnership with District 55. … We see ourselves as two districts, but we are one county,” said District 56 Superintendent David O’Shields. “Whatever we do and wherever we go from here, it’s going to be heavy lifting compared to what we’ve done before.”

Classes are set to resume – virtually and on campus – on Aug. 24 unless those plans are abandoned by the state, which has seen a tremendous increase in the number of positive confirmed cases statewide and in Laurens County. 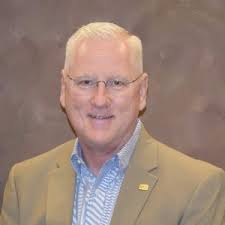 “Depending on how many we have signed up for the Virtual Academy, it will determine whether we adopt a full-return or a hybrid model,” said District 55 Chief of Staff Ed Murray. “If we have a lot of students return to the physical classroom, we may have to use the hybrid model (with students alternating between the classroom and online assignments) due to social distancing concerns.”

Parents’ reaction to the survey was even more mixed with 54.1% in favor of e-learning for the first semester of 2020-21 and 53.5% comfortable with sending their children back to school on a traditional schedule. 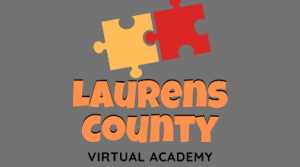 Students who enroll in the Virtual Academy will be allowed to participate in extracurricular activities that are offered at their schools.

Teachers from District 55 and 56 will have classes with students from both districts. Educators who are at higher risk of contracting COVID-19 and suffering more severely due to age or underlying conditions such as heart conditions or diabetes will be allowed to apply to teach in the Virtual Academy.

“We will give deference to those who are at higher risk,” O’Shields said.

The District 55 Board of Trustees has scheduled a July 21 meeting to approve recommendations from the administration on a definitive plan forward for the academic year. Even so, Murray said every decision made is in flux due to COVID-19.

“No matter what we plan for, it’s possible that come Aug. 24, conditions may not be right to return to the physical classroom,” he said. “So, we have to have a hybrid plan and a virtual plan. We have to have everything ready to go.

As part of the District 55 survey 93.1% of students, 5th-12th graders, said they have internet access at home.

O’Shields said instruction from the Virtual Academy will be “more robust” than the quickly hatched plan from the spring when the novel coronavirus forced the abrupt end of the physical school year.

He said through the hard work of District 56 educators, only about five students were “lost” during the transition to online classes. Statewide, educators reportedly lost track of 16,000 students who were not responsive to virtual learning.

Despite participation this past spring from students in District 56, O’Shields believes it is imperative to get students back into the classroom.

“The majority of students need face-to-face instruction that goes beyond the classroom,” he said. “That’s not a political statement or meant to demean virtual learning. My daughters, for example, could handle either the virtual or normal classroom, but some can’t. It will be a matter of preference for the parents, so we’re giving the parents and the students the choice with the Virtual Academy.”

The plan for the Virtual Academy has been developed over the summer with significantly more input than time allowed when normal classes were canceled in April. Educators were then given 48 hours to come up with and institute an online curriculum.

Now, both districts have combined to create a Virtual Academy that will include a normal daily schedule and more online interaction among teachers and students.

“If we had done it either way individually, it would not be as good as what we can do collectively,” O’Shields said of the cooperation.