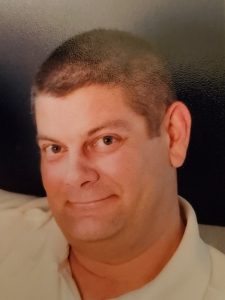 Ronald Glenn “Ronnie” Setzer, age 44, of Nashville, TN passed away at home on Monday, July 6, 2020. He was born in Asheville, NC to LeJune Dunaway Setzer Cantrell and the late George Richard Setzer.

He grew up in Clinton, SC, and was well known for his athletic abilities, his bright smile, his infectious laugh, and his big heart. He also loved to joke around with his friends. He was involved with the Boy Scout program’s Tiger Cubs and then the Cub Scouts where he earned his way to the Arrow of Light as a Webelo.

He excelled at baseball in his younger years making the all star team every year before he laid the bat down to pick up the tennis racket. He again excelled at tennis and also basketball in high school. He made the North-South Tennis team his Senior year among many other tennis and basketball accolades. In the individual efforts, he was ranked in the top 10 in the State tennis rankings at least 2 or 3 years for singles and a few years in doubles. He also qualified for Southern Closed Tournament one year.

He followed in the footsteps of his private tennis coach, Chuck Waldron, and played Tennis at Presbyterian College. He attended college on Tennis and Academic Scholarships. While at PC, he also played Team Handball, a recognized Olympic sport. He was selected to play on the USA Team Handball Team at the Pan Am games in Rio de Janeiro in 1998. He later played for the Condors in Atlanta and turned down an opportunity to play pro in Germany.

Ronnie was a member of the Pi Kappa Phi Fraternity while at Presbyterian College. After graduating Presbyterian College with a BS in Business Management, he held various jobs in Healthcare Recruitment, Construction Project Management, and Demolition Project Management. His proudest work-related accomplishment was the explosion of the Georgia Power Harlee Branch Plant Smoke Stack at Lake Sinclair in Georgia on October 18, 2016. This event was viewed by more than 2000 people in the area, and it can still be viewed on You Tube. The Smoke Stack was the 7th tallest in the world at 1002 feet.

At the time of his death, he worked for Landmark Environmental and Demolition as the Nashville Area Project Manager. He was an avid Georgia Bulldog fan…”GO DAWGS!!”… and loved his family and friends. He enjoyed helping the less fortunate at Christmas by sponsoring a family and providing all their Christmas presents, Christmas dinner and the Christmas tree.

He is survived by his mother, LeJune Setzer Cantrell and step-father, Buddy Cantrell of Joanna, SC, and his daughter, Georgia Lee Setzer, of Nashville, TN. He was predeceased by his maternal grandparents – Brooks Fowler Dunaway and Cloa Lawson Dunaway of Clinton, SC and Paternal Grandparents – George Milton Setzer and Clara Stuart Setzer of Asheville, NC.

A Memorial Service will be held on Saturday, September 19, at 11am at the Overlook at the Clinton House Plantation located at 15171 SC Hwy 56N Clinton, SC. Face Masks are required. Social Distancing will be observed. The Family will receive friends following the service.