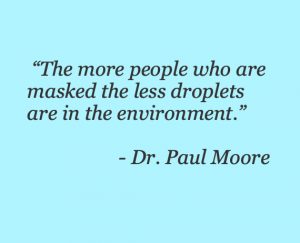 “I think it’s important to realize the seriousness of the situation,” said Laurens Mayor Nathan Senn, noting that in the last four days the county’s confirmed cases had risen by more than 130 and included another death in a middle age person. “These protocols were compiled by career scientists and the resolution is consistent with what the governor of South Carolina is urging.” 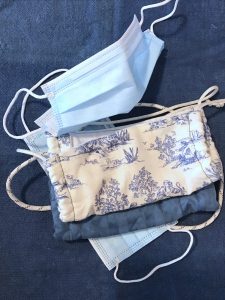 Prior to the discussion of the resolution drafted by Senn, council had heard from and asked questions of Laurens County Hospital emergency department physician Paul Moore, who had been invited by Senn to provide insight into the current status of COVID-19 in Laurens County.

Moore explained that as of Tuesday, June 30, 21 beds in the county hospital were in use by COVID-19 patients, and some of them were very sick. He said the disease is difficult because it can impact many different organ systems. While it tends to have little impact on most healthy younger patients, older and at risk patients can become very sick or die.

Moore said critics of the public wearing masks discount the fact that surgical and fabric masks can be beneficial.

While the N95 respirator mask is the only mask that screens out all particles and is needed by health care staff, Moore said  surgical masks and fabric masks provide some protection to both the wearer and to others in the public.

“It will not protect you as well as the N95 but it’s not zero,” Moore said. “It will reduce some of the virus load you would be exposed to and it helps. The more people who are masked the less droplets are in the environment.”

Moore urged city council to use its voice to encourage the people of Laurens to follow the protocol.

“At least give credence to the standard things,” Moore said. “Wearing masks, washing hands, as a voice of rational people. Don’t lose that voice.”

Moore’s comments were a precursor to the agenda item which involved a discussion about the potential need for a mask ordinance.

City Attorney Tommy Thompson said an ordinance would require the general public to wear face coverings in public. However, no ordinance had as yet been written because the special called meeting was to discuss whether council would want to go in that direction.

“Maybe we never planned to take official action,” Thompson said, “but I wrote a rather strong letter to the mayor that possibly was asking for things that would be considered unreasonable. I don’t see it as a personal liberty situation. We need to think about protecting the community and I think Laurens needs to be proactive.

“It’s a hard situation and that’s what we’re here to do is solve hard problems,” Thompson said. “But I don’t think the city is out of line to require reasonable things to be done.”

In order to be passed by coun- cil, an ordinance would require two readings and would become a law. Thompson listed off many of the 17 cities, including Spartanburg, Greenville and Newberry, which have recently passed mask ordinances and which carry fines ranging from $25 to $500.

“I agree with Mr. Thompson that masks should be worn,” said council member Alicia Sullivan. “I am in favor of it because we should be leaders and think about the population which makes up Laurens, which has a lot of seniors. And we have one hospital. Being ahead of the curve would be the best move to make as a governing body.”

Other council members were concerned that it would be difficult to enforce such an ordinance or that it infringed upon civil liberties.

“I think encouraging people to use a mask with a resolution is one thing, but an ordinance is different,” council member Martin Lowry said. “An ordinance is a law. A resolution that we want to support wearing masks, I think that’s appropriate, but I would not be in favor of a mask ordinance.”

Council member Johnnie Bolt agreed with Lowry that an ordinance was too strong a statement and it would be unreasonable to expect the police to enforce it.

Marian Miller and Sara Latimore agreed that while people should be taking personal responsibility and wearing masks, very few have done so and it might be difficult to get them to change their behavior.

“Either way,” Latimore said, “as either a resolution or ordinance, it will stand for something. There are some who will not wear them but some people will, and they just want to hear that from us.”

“I don’t want it to appear that the City of Laurens has its head stuck in the sand,” Senn said. “(The virus) is infecting many of our citizens and I am concerned that all the sacrifices made by business members and our citizens during the shutdown … Will we have thrown all that sacrifice away because we didn’t have the perseverance to reopen things well?”

While it carries no enforcement measures, the resolution, which passed unanimously, gives permission to business owners to post signs requiring masks in their places of business and stresses the need for citizens to exhibit responsibility for themselves and for others by wearing masks, especially in public buildings.