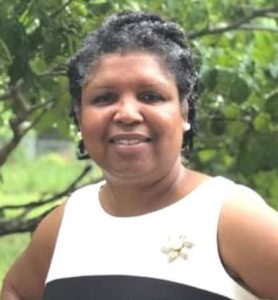 Campbell defeated David Turner by three votes – 39-36 – to take the seat left vacant due to the death of Councilman Johnny Kelly.

“It has been a mixture of excitement, anticipation and a day filled with encouraging people to make sure they were exercising their rights here in these precious United States,” Campbell said.

Campbell will serve the remainder of Kelly’s first term in office. Kelly, who died in April, served just over 13 months of a four-year term.

Despite missing the registration deadline after deciding to run about three weeks ago, Campbell said she was confident she could be successful as a write-in candidate.

“I was confident that this was a mission that was given to me,” she said. “I just trust that people were also feeling a responsibility that we have in our community to come together to make our district better and to make Laurens better as a whole.”

“I truly give God almighty the honor,” she continued. “All honor and glory goes to Him.”

Turner congratulated Campbell on the victory.

“I came up short this time, but I think District 3 can be proud of whoever they sent,” Turner said.

Seventy-five of the 786 registered voters in District 3 – 9.5% – cast their ballots in the special election

“It’s hard when you’ve got a district that big with over 700 people who can vote and then all the votes totaled 75 ,” Turner said. “The main thing to stress in the district is that you need to get out and support whoever your candidate is, no matter who you’re voting for.”

Campbell will be sworn into office after the election is certified by the state election commission and following a waiting period to allow a possible contest of the election results.