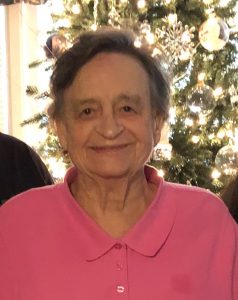 She was born in Clinton and was the daughter of the late Julius O’ Earl Womble and Catherine Ammons Womble.

Mrs. Bagwell was an avid CHS Red Devil supporter and avid supporter of the CHS Booster Club. She was a lifelong local sports fan of both softball and baseball, where she coached, umpired, and played. She was also an avid bowler and previously a member of the Women of the Moose. She was previously employed with Clinton Mills Bailey Plant and Torrington Bearing Company.

In addition to her parents she was predeceased by her husband, Sanford E. “Coon” Bagwell and her brother William Womble.

A memorial service will be announced and held at a later date.