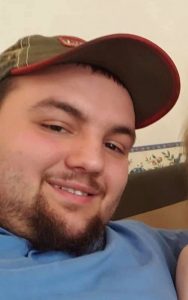 One man was killed and another injured in a single-vehicle crash Tuesday afternoon on East Jerry Road in Laurens.

The deceased was identified as Michael Shockley, 22, of Laurens by the Laurens County Coroner’s Office. Shockley was pronounced dead at the scene of the accident, which occurred around 3:44 p.m.

According to Trooper Joe Hovis, the driver and passenger were traveling northbound on East Jerry Road in a 1997 Ford SUV when the vehicle ran off the right side of the road and struck a tree. Neither person in the car was wearing a seatbelt. Both were entrapped in the vehicle and had to be extracted.

The passenger, a 21-year-old male from Joanna, was airlifted to Spartanburg Regional Medical Center, Hovis said.

According to a GoFundMe page to offset funeral expenses, Shockley was married with two children, ages 2 years and two weeks.