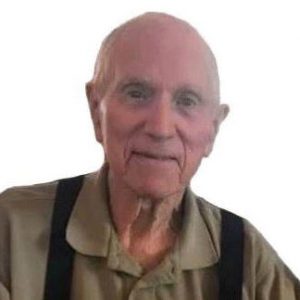 Mr. Wilford (Bill) Manning Wiley, 88, husband of Dorothy James Wiley of Laurens, died May 12, 2020, at Hospice of the Piedmont in Greenwood, SC.

Born in Mayo, SC, he was a son of Buford Thomas and Naomi Hughey Wiley. He was a devoted member of CenterPoint Wesleyan Church where he formerly served as Superintendent, Chairman of the Board, Adult Sunday School Teacher, and Trustee for many years.

Mr. Wiley served in the Navy during the Korean War Conflict as a Diesel Engine Mechanic aboard the USS Lenawee. Following his years of service, he attended Georgia State University working toward a Bachelor’s Degree in Business Administration. He later earned his Certified Public Accounting (CPA) designation. Mr. Wiley worked for many years as a partner in the Hughey, Wiley, Fortune, CPA firm in Laurens before retiring.

The family will hold a private prayer vigil service and will plan a celebration of life service with military honors at the cemetery at a date to be determined later. The family requests that flowers be omitted and memorials be made to CenterPoint Wesleyan Church, 5595 Highway 49, Laurens, SC 29460, or to Hospice of the Piedmont, 408 W. Alexander Avenue, Greenwood, SC 29646. Online condolences may be made to Harley Funeral Home in Greenwood.