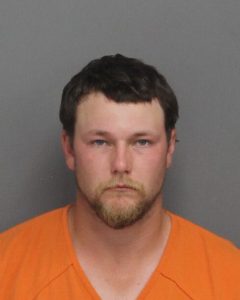 An alleged domestic dispute led to the arrest of a Gray Court man late Saturday on attempted murder charges.

Matthew Elijah Martin, 24, of Gray Court is charged with attempted murder, malicious injury and possession of a weapon during a violent crime after allegedly shooting another man in the head.

The incident occurred around midnight. Saturday on Satterwhite Road in Gray Court.

According to the Laurens County Sheriff’s Office, Martin phoned county dispatch soon after deputies arrived on the scene in order to turn himself in to law enforcement.

The victim, whose identity has not been confirmed by the LCSO, was treated and has been released from the hospital after the bullet struck him in the head.

A social media post purportedly from the victim’s sister at 10 p.m. Saturday said that the bullet “grazed the top of his head and hit an artery.” The post continued that the victim was resting at home.

The investigation is ongoing and more charges may be pending, according to a release from the LCSO.