The honor comes a year after Simmons was inducted in the Laurens County Sports Hall of Fame.

Laurens District High School’s foray into its new designation in Class 4A is set to begin with a couple of more familiar foes this August under first-year head coach Daryl Smith.

The school formally announced its schedule, which is to open with a visit by former Region 1-5A foe T.L. Hanna on Aug. 21.

The Raiders are making the move from Class 5A to Region 3-4A following realignment from the South Carolina High School League based on student population numbers.

Following a bye week, the Raiders return for their new region schedule with a game at Greenwood (Oct. 2), at home against Greenville (Oct. 9) and Eastside (Oct. 16).

LDHS is to host White Knoll on Oct. 23 in a non-region game before ending the regular and region season at Greer on Oct. 3.

Here is the 2020 Raiders schedule: 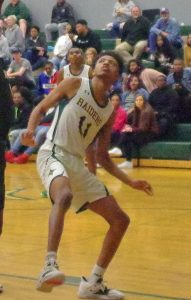 Owens, a 6-4, 148-pound forward, announced his decision to join the Flying Fleet on Twitter. He chose Erskine over an offer from Warren Wilson College. He averaged 8 points and 12 rebounds per game during his senior season at LDHS.

“I didn’t play basketball (in high school) until my junior year, so I didn’t have much interest until the beginning of this year,” said Owens, who suffered a head injury while playing football earlier in his high school career. “Erskine gave me a family feeling. They just didn’t talk to me, they talked to my parents and checked on them. It wasn’t just for me. I really liked that.”

Owens said he is working out while finishing his senior year at LDHS remotely, lifting weights twice a day and working to add bulk to his slender frame.

“I’m eating,” he said. “I’ve changed my meal plan. My cousin is a trainer, and he’s working with me.”

Owens, who played AAU basketball with the SC Raptors, plans to major in chemistry and then go on to pharmacy school. 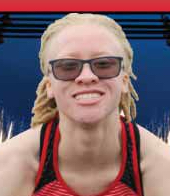 Clinton High senior Quiana Suber had her senior track and field season cut short, but her athletic career will continue at Converse College.

She also owns a 4.5 GPA in the classroom.