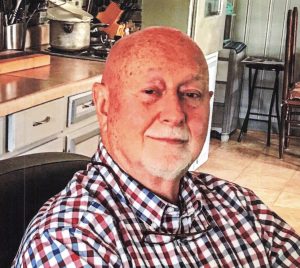 James Harold “Jim” Quattlebaum, age 75, of Laurens and husband of 55 years to Norma Parker Quattlebaum, passed away on Monday, April 20, 2020, at his home.

Born in Saluda, he was a son of the late Willie and Bertha Bledsoe Quattlebaum. Having served in the National Guard, Jim was the retired owner of J and J Tires and Hamilton’s Recapping and was an active member of the Laurens Exchange Club having served as President. Jim grew up singing in his home church of Rocky Springs Baptist in Saluda and was currently a faithful member of New Prospect Baptist Church in Laurens. He loved to play golf, was an avid Gamecock fan, and was a strong supporter of Laurens District 55 Athletics.