Update: Later Wednesday night, Laurens Mayor Nathan Senn announced flags would be flown at half-staff in honor of Councilman Kelly. “In recognition of the loss of a sitting City Councilor, Johnny Kelly, and in thanksgiving for his life and service, it is appropriate that the City should honor and show its great affection for him,” Senn said. “Accordingly, I am directing that flags in the City of Laurens should be flown at half-staff until Monday, April 20, 2020.” 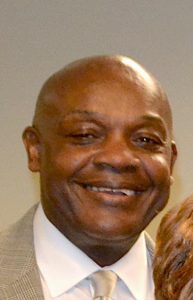