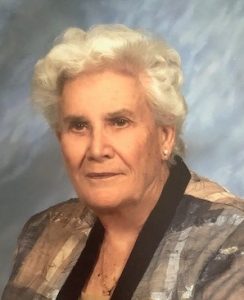 She was born in Laurens, SC and was a daughter of the late Benjamin Willis Hellams and Vaughan Gritton Hellams.

Mrs. Culbertson was a graduate of Laurens High School Class of 1944. She worked as secretary and bookkeeper for her husband’s business, Laurens Tire and Recapping. Laura was a member of the First United Methodist Church where she served as Financial Secretary for many years, she was also a member of the Eastern Star.

In addition to her parents and husband she was predeceased by two sisters, Frankie B. Lee and Mary Hellams Moore.

A private graveside service will be held at Union Baptist Church conducted by Rev. Daniel Eplee.

In lieu of flowers, memorials in Laura’s memory may be made to the First United Methodist Church of Laurens, P.O. Box 203, Laurens, SC 29360.

Please share a condolence with the Culbertson Family online at www.grayfuneralhome.com.