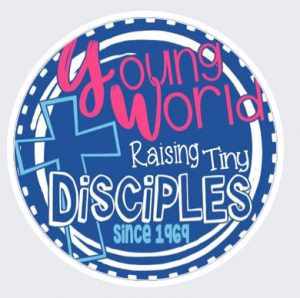 Young World Day Care announced a two-week closure for total cleaning after at least one employee tested positive for COVID-19.

Two evenings later, however, Young World Day Care Director Gail Cunningham was less focused on the week’s stress on her family’s business than she was about concerns about the children, their families, and about her own father, who had just been placed on a ventilator. It had happened in less than 48 hours after he complained of feeling chilled from a low-grade fever.

From the beginning of the COVID-19 crisis in America, day care centers have been classified as essential businesses due to the number of parents who still have to work, and Cunningham said she receives updates from DHEC on a daily basis regarding their changing requirements in the midst of the pandemic. Like other centers, Young World had already shut down the center to any visitors and was taking other measures to comply with DHEC and licensing agency requirements, Cunningham said.

With so many jobs in Clinton moving to home-based work, Cunningham said the numbers of children in their care had decreased from about 150 in four different buildings to anywhere from 100 to 125 children.

A couple of weeks ago one of the 26 staff members told Cunningham that she might have been exposed to the virus from a young relative and she’d need to be tested and self-isolate. DHEC was alerted, and soon another teacher followed suit.

The first teacher kept Cunningham abreast of her illness, Cunningham said, “and the only symptoms she had were her legs were hurting, she had a little diarrhea and she lost her sense of smell and taste.”

The test came back negative from the employee’s young relative, Cunningham said, and “DHEC told us to continue as normal.” The employee remained at home.

But when her employee’s test came back positive mid-morning on Tuesday, March 31, it surprised the employee as much as it did her boss due to the mild symptoms which didn’t match up with those listed as typical of COVID-19.

Cunningham quickly contacted her licensing company to get a plan of action, which included shutting down that classroom for a few days for thorough cleaning, she said, “and letting the parents of the children in that room know and advise them to get the children tested and stay quarantined for 14 days.”

Earlier in that day, however, Facebook posts from another self-isolating employee had alerted family members and the community before the director was able to contact everyone. Cunningham said while she continued to call the parents of the children which might have been exposed, another staff member began contacting parents of other children, suggesting that if possible, they could get their children early and they would need to shut down a few days.

In the 50 years since Cunningham’s mother, Emily Campbell, opened Young World, Cunningham said the family business has thrived on personal relationships with the families of the children, and the care the staff have always shown to the children.

But understandably, she saiid, some parents were very upset when they arrived, especially those who had learned about the positive test that afternoon from Facebook.

“I told the parents, ‘Today is not the day I need to teach you that I love your children. If you don’t already know that you never will,’“ Cunningham said, “and most of them calmed down,”

After all the children were home, she went to explain to her elderly parents that they would need to be tested. Her father said he didn’t feel ill but he showed signs of a low grade fever. He was admitted to the hospital that night.

As she was returning from the hospital with her mother, Cunningham asked a close relative to type up and post all the facts, which included requirements set forth by DHEC that she said the center followed during the testing period, the plan for a two-week shut-down, their deep concern for the children, the fact that one teacher had tested positive, and also that a family member of an employee appeared to have the virus.

“And that family member is my father,” Cunningham said. “It’s a lot to take.”

COVID-19 in the state

On Thursday afternoon, South Carolina’s DHEC announced five additional deaths and 261 more known positive cases of COVID-91, totaling 1,554 known cases and 31 deaths in the state. There were not any new cases within Laurens County.  The case numbers have more than doubled since Sunday.

While DHEC and CDC explain the list is not exhaustive, they highlight as primary symptoms fever, cough and shortness of breath, sometimes severe. Fever is one of the factors used by companies to help determine if employees may have the illness.

Yet the employee who tested positive this week had none of those three symptoms. In the event it might help someone determine if they may have COVID-19, she allowed The Advertiser to list her mild symptoms, which she had attributed to allergies and exertion until she received the positive result.

They included, primarily, exhaustion, and the lack of smell and taste. Other symptoms were some occasional diarrhea, leg aches, sleepiness, and very rarely, a little nasal stuffiness. She had a few coughs, “three or four in a day,” a few sneezes and a mild headache a couple of times in the forehead. She experienced shortness of very deep breaths, but only a few times when eating or moving around. She felt no actual shortness of breath.

“No fever, no runny nose, no stuffiness, no sore throat, no actual cough, so severe shortness of breath, no nausea,” she said.