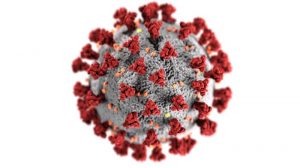 Laurens County, South Carolina – Schools across Laurens County will be closed at least until March 31 after a Sunday afternoon press conference in Columbia. South Carolina Gov. Henry McMaster announced that all public schools and colleges in the state would close as a way “to slow the spread” of the COVID-19 virus.

“Effective immediately I have ordered the closing of all schools in the state of South Carolina starting tomorrow, Monday, March 16,” McMaster said from the South Carolina Emergency Management Division office. “This includes Pre-K through 12, all universities and colleges and technical colleges.”

McMaster also encouraged private schools to follow the lead of the public schools.

Locally, the impacted public schools include District 55 in Laurens, and District 56, Thornwell Charter and Summit Charter schools in Clinton. It also includes the Laurens private school, Laurens Academy, which was ordered to close by the  South Carolina Independent Schools Association.

South Carolina Superintendent of Education Molly Spearman said the state education department has been in conversation with district administrators and has formulated systems to continue education for children through online curriculum. She said in areas where there is little or no Wi-Fi available, that districts might even be relying on buses to get the needed technology on information to families.

Spearman said that the districts with district-wide free student meals, which are already in place within Districts 55 and 56, will also remain available. The school districts will be communicating with families how and where those will be available.

Spearman encouraged parents to be flexible, as all the details regarding the remainder of the semester are not quite worked out. She asked parents to use these weeks to teach children the importance of proper hand washing and other recommended measures for preventing the spread of disease.

“We are still in a partnership and the districts and our teachers are preparing to continue instruction and continue to feed children,” Spearman said.

Administrators in each of the schools have said that personnel have been busy formulating plans for the past week in anticipation of the unprecedented announcement.

Most of the schools in Laurens County already had planned a day off school on Monday, March 16, which allows the staff to solidify plans for at least the next two weeks, and for parents to make arrangements that will need to be addressed because of the closures.

McMaster had explained in the televised and online conference that the situation with COVID-19’s spread would be re-evaluated and the state EMD would determine if the closure would continue into April.

“Tomorrow is a student holiday and classes will resume on Tuesday via online learning or paper packets,” said District 56 Superintendent David O’Shields. “We also intend to have food delivery for students beginning this week.”

Laurens Academy headmaster Todd Kirk said SCISA had called for a required closure through at least March 31, and individual schools could determine if they would need to remain closed longer. Because of the long incubation periods, LA is considering its closure lasting until April 13.

District 56 CHS students already have Chromebooks or iPads, O’Shields said, and parents or students at CMS will pick up chrome books this week.

District 55 will be issuing them as well, said Ed Murray in a Sunday afternoon press release.

“School closure includes the cancellation of all extracurricular activities, including practices, games, and STEM Saturdays,” Murray said. “As we navigate through the resolution of the COVID-19 public health threat, we realize that its impact will have long term consequences, which may affect the school calendar (including spring break – currently scheduled for April 6 – 10, 2020).

“With regard to state testing schedules,” Murray added, “South Carolina Superintendent of Education Molly Spearman is currently seeking a waiver from the U.S. Department of Education to potentially cancel the testing this spring.“

District 56 said it will also continue to inform families as more is known.

Thornwell Charter School is taking advantage of Zoom’s temporary offer for free use of its virtual school system and will be using that for older children, and providing packets for younger children, said Principal Dr. Hugh Wilson.

“We have also been talking to Spectrum which is offering free internet service for 60 days because of the COVID-19 outbreak,” Wilson said, “and that will help some families which don’t already have internet.”

“We hope to return to a normal schedule as soon as possible,” O’Shields said. “However, the Office of the Governor and the South Carolina Department of Education will continue to update us regarding our next steps.”

McMaster explained that the SCEMD and SCDHEC considered the measure necessary, not because numbers of COVID-19 cases are already high in the state, but as a way to keep those numbers from increasing rapidly.

DHEC supervisor Dr. Linda Bell said cases of a highly contagious virus like COVID-19 can spread rapidly in large congregate areas with many people, and while the virus has not been as dangerous so far to most children, there are plenty of adults in the schools with them, and it can be carried from the children to their families.

As another way to slow the spread of the virus, McMaster asked that people not gather in large groups.

“I urge that public gatherings indoors and outdoors be limited to 100 people or less,” McMaster said.

Look for more in the Wednesday, March 18 issue of The Laurens County Advertiser.